Communication sciences and disorders (COMD) associate professor Jessica Klusek has received an Early Career R21 Award from the National Institute on Deafness and Other Communication Disorders. She will use the three-year, $440K grant to advance her research on the FMR1 premutation, a fairly common (1 in 151 females carry it) yet understudied genetic mutation associated with a range of mental, cognitive, and physical health risks.

Klusek’s research focuses on communication disorders associated with autism and fragile X syndrome—the most common cause of inherited disability and the most common genetic cause of autism spectrum disorder. Her expertise in these areas is the result of 13 years of education and training, including a three-year postdoctoral fellowship in UofSC’s Neurodevelopmental Disabilities Research Lab before joining the COMD department in 2016.

In 2018, UofSC and two other universities were awarded $3.1 million to better understand fragile X syndrome. Klusek and her colleagues are using the five-year Eunice Kennedy Shriver National Institute of Child Health & Human Development grant to study teens with the condition as they transition into adulthood. With her Early Career Award, Klusek will expand her research to better understand communication features associated with the FMR1 premutation.

“Until recently, it was mistakenly believed that premutation carriers were ‘silent’ carriers who showed no clinical effects besides the risk of passing the mutated gene to their children, which can cause fragile X syndrome,” Klusek says. “However, it is now clear that the FMR1 premutation is associated with its own clinical consequences, such as executive dysfunction, psychiatric risk, and late-onset neurodegenerative disease. Yet, many aspects of the premutation phenotype remain undefined, with very little known about the language profile in particular.”

With this research, Klusek aims to delineate the full range of oral and written language features associated with the FMR1 premutation as well as their interface with cognitive-executive aspects of the phenotype and FMR1 gene dysfunction.

“A growing number of studies indicate that a subset of mothers who are carriers of the FMR1 premutation struggle with pragmatic aspects of language; however, it is unclear whether other aspects of oral or written language are also affected in premutation carriers, as there have been no systematic investigations of language in this genetic group,” says Klusek. “Understanding the full range of language features associated with the FMR1 premutation is important because even subtle language and literacy problems could be linked with negative outcomes such as lower educational attainment, unemployment, poorer quality friendships, and psychiatric risk.”

These negative outcomes can also impact children who have fragile X syndrome, because mothers who are carriers may be less able to care and advocate for their disabled children. Klusek’s Early Career Award research will be the first systematic investigation of language abilities in premutation carrier mothers—examining aspects of written and oral language that differ from non-carrier mothers and mothers who have children with autism spectrum disorder.

“This research will refine our understanding of the full range of language phenotypes linked with FMR1 gene dysfunction,” she says. “It will also inform the development of identification and treatment efforts targeted towards the specific needs of mothers who carry the FMR1 premutation and their families.”

Learn more about participation in this study with this flyer. 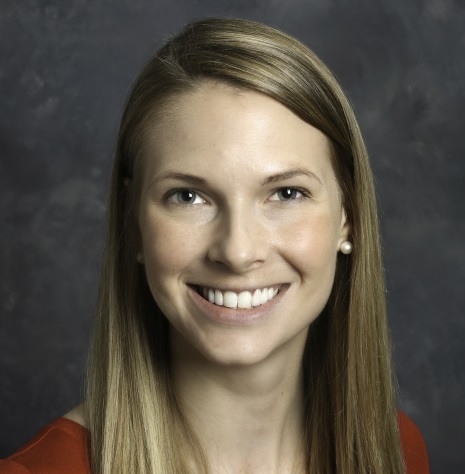 Jessica Klusek is an assistant professor in the department of communication sciences and disorders.