A team of researchers* led by Associate Professor of Environmental Health Sciences (ENHS) Saurabh Chatterjee have published the first study to link the gastrointestinal disturbances (e.g., bloating, flatulence, indigestion) of  Gulf War Illness (GWI) with changes in the intestinal microbiota. This connection potentially explains both the gastrointestinal inflammation and the neurological abnormalities (e.g., impairments to cognition, memory, learning) that define GWI.

GWI exposures alter the microbiome (i.e., bacterial content in the gut). The affected microbiota then produce endotoxins, which pass through a thinned lining of the gut (i.e., leaky gut) and into the blood where they circulate throughout the body. These compounds trigger an inflammatory response that, in turn, initiates several neurological abnormalities commonly observed in GWI. These findings open up new treatment options that may improve both gastrointestinal and neurological symptoms among soldiers and veterans with GWI.

Characterized by symptoms such as chronic headache, cognitive difficulties, debilitating fatigue, widespread pain, respiratory problems, sleep problems, gastrointestinal problems, and other unexplained medical abnormalities, GWI continues to affect 25-32 percent of the 700,000 U.S. veterans who served in the 1990-1991 Persian Gulf War. Twenty years of scientific research has traced these symptoms to Gulf War chemical exposures and the drugs taken during deployment that were meant to prevent or counteract these exposures. However, the vast majority of these studies have focused on neurological effects (rather than gastrointestinal), and none of them have successfully revealed the pathways through which GWI affects the brain.

The present study, published in PLOS ONE, looked at how the various exposures experienced by Gulf War veterans might have changed the microbiome. “Humans and animals have specific types of bacteria that help aid various physiological processes, including digestion, absorption, immunity and gut integrity, and when external factors change the bacterial composition in our digestive systems, we have problems,” says Chatterjee. “Obesity, metabolic syndrome, inflammatory bowel syndrome, and liver disease have already been linked with changes in bacterial composition of the gut.”

The scientists observed that not only did exposures to the suspected GWI agents lead to inflammation in the intestines, but to neuroinflammation as well. Changes to the frontal cortex, which controls many physical activities, alerted them to the connection, which they investigated further.

“Usually, the gut is very selective about letting only certain elements from what we eat and drink into our blood—thanks to good bacteria,” explains Chatterjee. “But when the composition changes due to an increase in certain bad bacteria, this causes disruption to the mucosal lining of the intestinal walls—leading more intestinal contents to leak into the blood.”

“We know that many diseases like obesity, liver disease, and inflammatory bowel syndrome can be cured or at least decreased by consuming good bacteria, like probiotics,” says Chatterjee. “Now that this connection has been established, it opens the door to new studies where GWI patients take probiotics for a longer period of time and, hopefully, see improvement in symptoms connected with metabolic syndrome, gastrointestinal disturbances, and maybe even neuroinflammation.”

These findings and treatments may also be applicable to other veterans who have served in subsequent conflicts in the Gulf region. Even soldiers who have served as recently as the War in Afghanistan have begun to emerge with similar, though not as pronounced, symptoms. The team is already pursuing next steps in this line of research in Chatterjee’s Arnold School-based lab, the Environmental Health & Disease Laboratory, which specializes in how environmental toxins contribute to liver disease, metabolic syndrome, and obesity.

In addition to collaborators in California and Illinois, the lab’s location at the University of South Carolina positions it to benefit from collaborators from the School of Medicine, College of Pharmacy, and Arnold School experts such as Associate Professor Jim Burch (Department of Epidemiology and Biostatistics), who specializes in veterans research, and Professor and Associate Dean for Clinical Public Health Ronnie Horner (Department of Health Services Policy Management), who has studied neurological conditions among Gulf War veterans and briefly served on the Department of Veterans Affairs’ Research Advisory Committee on Gulf War Veterans’ Illness.

This work has been supported by NIH Pathway to Independence Award, R00ES019875 to Saurabh Chatterjee. 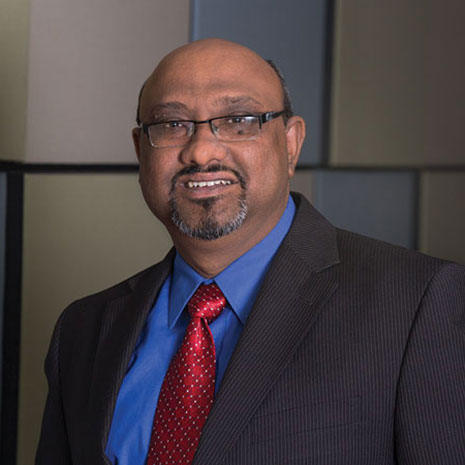