While Health Promotion, Education, and Behavior (HPEB) doctoral candidate Danielle Schoffman was working on her dissertation research related to how mobile technology can improve health communication, physical activity and healthy eating within families, she observed a pattern. When she encouraged families to reduce their fast food consumption, they often asked her whether restaurants like Panera BreadTM and ChipotleTM count as fast food.

Restaurants like these are part of a growing segment of the restaurant industry known as “fast casual” where patrons do not receive full table service but expect higher quality food with fewer processed or frozen ingredients when compared to more traditional fast food options, such as Burger KingTM or Taco BellTM. Customers might assume corresponding health benefits by choosing food from fast casual over fast food, but there is limited research on this new trend in dining.

After noting the uncertainty among her research participants, Schoffman realized the need for scientific research on the topic to learn more about the nutritional truth behind general assumptions about which options are healthiest. Inspired by a lessons-learned article on the Paper Chase approach (i.e., researchers work together to bring a study from concept to manuscript during a brief, but intense, time period), Schoffman found the perfect vehicle for conducting a study on the topic.

It was incredibly motivating to see how much we could accomplish as a team in a short period of time, and it was a unique opportunity to see each other’s writing processes in action and be able to feed off of one another’s energy and ideas in real time.

Together with mentor and Assistant Professor of HPEB Brie Turner-McGrievy and the other members* of Turner-McGrievy’s Behavioral Research in Eating (BRIE) lab, Schoffman set up two 12-hour periods for the team to efficiently and intensely work together to develop the manuscript. Prior to the writing sessions, the researchers conducted literature searches and analyzed the calorie content of 3,193 entrées at 34 fast food and 28 fast casual restaurants. The findings surprised them.

The team learned that the average meal at a fast casual restaurant contains 200 more calories than a typical fast food meal (averaging 760 calories per entrée vs 561, respectively). Further, fast casual restaurants also have more high-calorie options on their menus, with a greater proportion of the entrées exceeding 640 calories per entrée, than the fast food restaurants. The team then wrote the manuscript during a condensed time period—rather than over several months, which is typically the case with manuscript development. They were able to leverage their collective experience with nutritional research to make certain sections move faster.

“While the two days we spent together writing were intense, it was a really rewarding experience,” says Schoffman. “It was incredibly motivating to see how much we could accomplish as a team in a short period of time, and it was a unique opportunity to see each other’s writing processes in action and be able to feed off of one another’s energy and ideas in real time.”

Turner-McGrievy agrees. “This process proved to be an excellent way to mentor students in writing manuscripts,” she says of the rich interactive environment. “We were able to collaboratively write an abstract, come up with a title, learn about the art of adhering to the journal’s requirements, how to craft a cover letter, and more.” In many ways, their Paper Chase exercise mirrored the experience and benefits that students receive from working closely with faculty—whether inside a small classroom environment or in a research setting. The advantages here included Turner-McGrievy’s ability to mentor several students at once and the group’s momentum and goals, which resulted in a finished manuscript in a short period of time. The effort certainly paid off for the BRIE team, whose paper was published this month in the Journal of the Academy and Nutrition Dietetics and is already receiving a lot of attention from the media (e.g., Cosmopolitan, Daily Mail, MedicalResearch.com, ColaDaily, The Island Packet, Post & Courier).

This process proved to be an excellent way to mentor students in writing manuscripts.

Schoffman’s initiative to lead such an ambitious endeavor is not surprising to those who know her. The Presidential Fellow and Prevention Research Center Research Assistant recently won the Arnold School’s Doctoral Student Achievement Award at the 2016 Hooding Ceremony on May 5. She received the University-wide Dean’s Award for Excellence in Leadership in 2014, won a SPARC award in 2015, and was named a Breakthrough Scholar in 2016. She has also served as the president for the Graduate Student Association. This paper marks her 17th peer-reviewed publication, and it will certainly not be her last. While she plans to continue her nutrition and physical-activity related research both before and after her August graduation, Schoffman and her team have ideas for additional studies on fast casual restaurants as well.

They hope further research will move beyond calorie content to look at nutritional values, such as sodium and fiber, and other possible health benefits (e.g., overall diet quality). The authors emphasize that while the calorie content is important, it’s not the only factor consumers should consider when making their restaurant and food choices.

“A burger on a white bun may have fewer calories, but when you’re talking about cancer prevention or prevention of other chronic diseases, you have to look beyond calories,” Turner-McGrievy says. “We don’t want the message to be, ‘Go eat hamburgers and don’t eat guacamole and beans and brown rice.’” There’s a lot more to it than that. 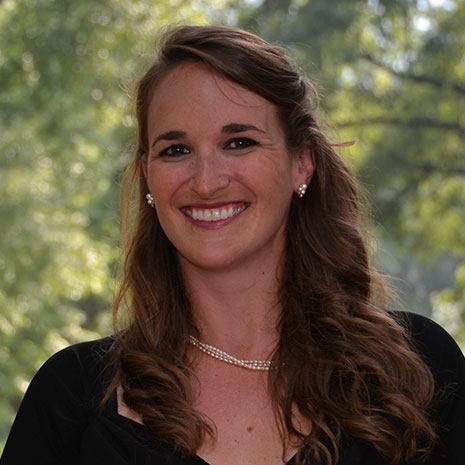