As the oldest of the Arnold School of Public Health’s departments, the Department of Communication Sciences and Disorders (COMD) was established in 1968 (seven years before the School of Public Health was created) and has benefited from a number of outstanding leaders over the years. Elaine M. Frank was one of them.

Originally from Massachusetts, Frank moved across the country to earn a bachelor’s degree from Arizona State University. She then returned to the East coast to earn dual master’s degrees in audiology and speech pathology (1976) and a doctorate in communication sciences and disorders (1988) at the University of South Carolina.

Frank began her career in communication sciences and disorders at the William J. Dorn Veteran’s Hospital (1981-1991), including eight years as chief of speech pathology. She joined USC’s COMD faculty as an assistant professor in 1991. Her research expertise, conducted through the Adult Neurological Disorders Laboratory, focused on neurological disorders, such as stroke, dementia and brain injury in children and adults.

According to Frank, one of the most satisfying roles during her career was the administrative position she held as chair of the COMD department from 1999-2012 when she passed the torch on to current chair Kenn Apel before retiring a year later with the title of Professor Emerita. Frank’s tenure as chair was marked by dramatic enrollment growth, program expansion, impactful research and faculty achievements.

“Dr. Frank made a huge impact on communication sciences and disorders research and treatment,” says Thomas Chandler, Dean of the Arnold School. “She cared very much about her program and worked really, really hard to recruit great faculty, build an outstanding model teaching clinic, strengthen the pioneering Master of Communication Disorders distance program, and train countless speech pathologists and therapists for the southeast and beyond.”

As her successor, Apel agrees that Frank’s impact was widespread and long-lasting—crediting her for integrating the department with the Center. “Dr. Frank took a clinical program and gave it a dual focus to include both clinical and research concentrations,” he says. “Thanks to her foresight in laying this foundation, our students and patients now benefit from the latest research, which informs our evidence-based practices.”

This dual focus takes place within the research labs and in the USC Speech and Hearing Research Center where patients receive treatment for a range of communication disorders and students learn to become speech-language pathologists. “Dr. Frank was a wonderful and supportive chair,” says Center Director Danielle Varnedoe. “She strongly believed in the value of clinical education, initiating the neurogenic emphasis that we still have today. Her wisdom and advice have helped make our Center a unique and innovative training center within the department.”

Frank made a lasting impact on many lives, including patients, students, colleagues and friends. “Dr. Frank was a great colleague, a fantastic department chair, and a wonderful friend to those fortunate enough to know her,” says Research Associate Professor Hiram McDade.

Current Clinical Assistant Professor Elizabeth Barnes earned a Ph.D. from the COMD department and remembers Frank as a teacher, advisor, mentor, and friend—the single most influential person in her education and career. “During the years I worked with her, she directed a multi-state research project, taught some of the most popular master’s classes, directed many master’s theses and doctoral dissertations, and supervised clinical practicum placements,” says Barnes. “She led by example, demonstrating a prolific ability as a researcher in several areas of communication disorders. She never let her busy schedule interfere with discussing life, work, family, and of course, Gamecock baseball with students and colleagues. I often entered her office feeling anxious and overwhelmed but always left with a plan, feeling reassured and always grateful that she was in my corner. And I’m sure there are many alumni, faculty and staff who feel the same.”

A world traveler, avid Gamecocks supporter, genealogy fan, and voracious reader, Frank lived life to the fullest. Her influence and enthusiasm will continue to reverberate in the COMD department and community.

Elaine M. Frank is survived by her husband, Robert L. Frank, MD, daughter Rebecca J. Morrison, son-in-law Wes Gravelle, siblings David Smith and Anne LeBlanc (Charles), and grandchildren Steven J. Morrison, Micah Gravelle and Joshua Gravelle. A memorial service honoring Elaine Frank will be held at Shandon Baptist Church in Columbia on Sunday, August 21, 2016 at 3 p.m. Visitation will be held at the church after the service. In lieu of flowers, memorials may be made to the USC Communication Sciences and Disorders Department – Keenan Building, 1224 Sumter Street, Suite 300 Columbia, S.C. 29201-3324. 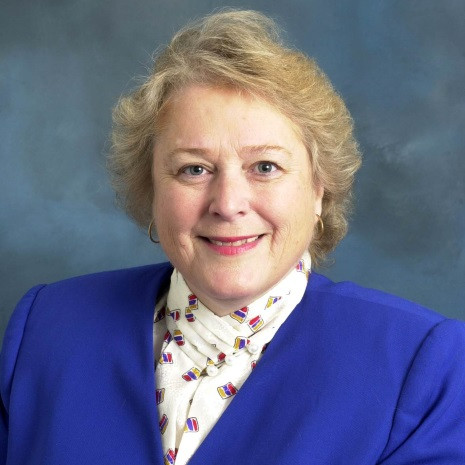 Professor Emerita Elaine M. Frank (1948-2016) was a member of the Department of Communication Sciences and Disorders for more than 20 years, with more than a dozen years as chair.