Assistant Professor Mohammed Baalousha’s work was featured as a result of his invitation to serve as an invited speaker for the International Conference on the Environmental Effects of Nanoparticles and Nanomaterials (ICEENN) in August. Baalousha’s presentation, “Effect of nanomaterial and media physicochemical properties on nanomaterial aggregation kinetics,” highlighted some of the research he’s been conducting at the Arnold School's SmartState Center for Environmental Nanoscience and Risk (CENR). His interdisciplinary research interests focus on understanding the role of natural nanoparticles as carriers of trace contaminants and understanding the fate, behavior and biological effects of manufactured nanomaterials in the environment.

It was the interdisciplinary nature of nanoscience and nanotechnology that initially drew him to the field. “I like to work at the interface between different scientific disciplines and it matches my diverse education background,” he says, referring to his degrees in civil engineering, applied mechanics and environmental biogeochemistry.

The microscopic size, accompanied by big benefits, also appealed to Baalousha.  “I think nanoscience and nanotechnology is the sort of scientific field that is rich with undiscovered minute details that can lead to significant improvement in our understanding of materials, their properties, and their applications” he says.

The 2016 CAREER award winner conducted research with CENR Director and Professor of Environmental Health Sciences (ENHS) Jamie Lead for several years in the United Kingdom before his mentor recruited him to join CENR as a tenure-track faculty member at Carolina. He has also gained experience in Germany and France—all of which he applies to his current roles in service, research, scholarship, education and mentorship as an assistant professor.

Baalousha earned his undergraduate degree in Civil Engineering from the Islamic University of Gaza in Palestine (2001). He then moved to France where he earned a Master’s in Applied Mechanics (2002) and a Ph.D. in Environmental Biogeochemistry at the University of Bordeaux (2006). From 2006 to 2013, he held a variety of postdoctoral research roles in the area of environmental nanoscience and risk at the University of Birmingham (United Kingdom) before joining the Arnold School in 2014.

ICEENN is one of the most important events for nanoscience experts from around the world to convene and exchange the innovative advancements of their discipline. CENR hosted the 2014 ICEENN in Columbia, S.C., and its members have participated in the annual event every year since Lead helped establish the conference 11 years ago.

CENR, which has grown rapidly since Lead founded it in 2012, was well-represented at this year’s conference in Golden, Co. with three faculty members and six doctoral students in attendance. Doctoral students Shelby Butz and Seyyedali Mirshahghassemi won first and third place, respectively, in the research poster competition. 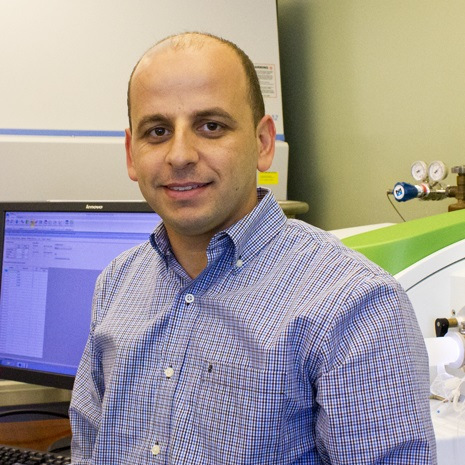 CENR's Mohammed Baalousha served as an invited speaker at the 11th International Conference on the Environmental Effects of Nanoparticles and Nanomaterials. 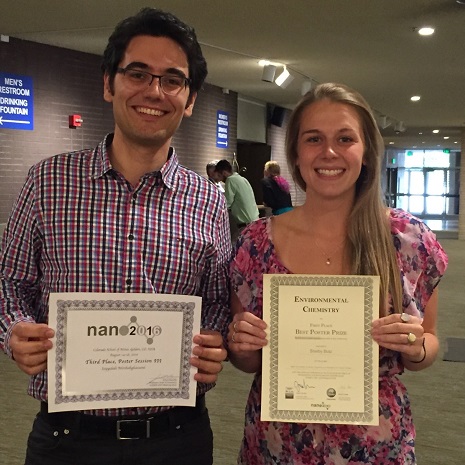