UofSC Libraries is now home to the Catesby Centre

The new Mark Catesby Centre at the University of South Carolina brings attention to the innovative work and influence of 17th-century English naturalist Mark Catesby.

An artist, scientist and explorer, Catesby (1683 – 1749) spent years traveling on foot through the wilderness of Virginia, Georgia, the Carolinas and the Bahamas. Supported by some wealthy Fellows of the Royal Society in London, he collected plant and animal specimens, and he wrote about and sketched those wildlife wonders. The result was his monumental Natural History of Carolina, Florida and the Bahama Islands, first published in London in 1731 – 43. The two volumes included 220 plates of birds, reptiles, amphibians, fish, insects, mammals and plants

“It was the first published account of the flora and fauna of North America, and it provided an important model for ornithologists and scientists, including John James Audubon, who followed in Catesby’s footsteps about a century later,” said Catesby Centre Director David Elliott.

The Centre is now part of UofSC Libraries, where the University’s first, second and third edition copies of Natural History are housed.

“The Catesby Centre creates the opportunity to highlight the University’s strong holdings in Catesby and in natural history, in general,” said Tom McNally, UofSC Libraries Dean. “It will interest students and other researchers who study any number of disciplines, including the history of science, colonialism and botany. It also provides an outreach opportunity to introduce Catesby to K-12 students and their teachers, and to the wider community.”

The Mark Catesby Centre promotes the investigation of the natural history of the American hemisphere, encourages interest in early naturalists, and inspires curiosity about the worlds they studied and inhabited.

The creation of the Centre has already inspired a large donation of Catesby etchings to the UofSC Libraries. Herbert Fitzgerald’s gift is a collection of individual prints from Natural History.

“These single etchings are perfect for use in instruction,” said Catesby Centre Curator Michael Weisenburg, who often uses Catesby’s work in the classroom. “Students can study the prints up close and have a better understanding of how they were made without being encumbered by the bulk of a bound volume.”

Elliott, the Centre’s director, has long been a Catesby enthusiast. In 2002, he and a colleague founded the Catesby Commemorative Trust in Nashville, Tenn., to produce The Curious Mr. Catesby, a PBS documentary. The success of the film eventually led to an award-winning book with the same title. The new partnership with the UofSC Libraries has brought the organization to Columbia as The Mark Catesby Centre.

“There is nothing to match Catesby,” Elliot said. “The more you learn about him, the more you will admire his intelligence, his talent, his sense of humor, his devotion to nature. The Centre will introduce him to a new generation of students and scholars.”

A number of UofSC faculty members will be actively involved in the work of the Centre, including:

Several international scholars will also be important to its work, including:

For more information about The Mark Catesby Centre at the University of South Carolina, visit https://digital.library.sc.edu/markcatesbycentre. 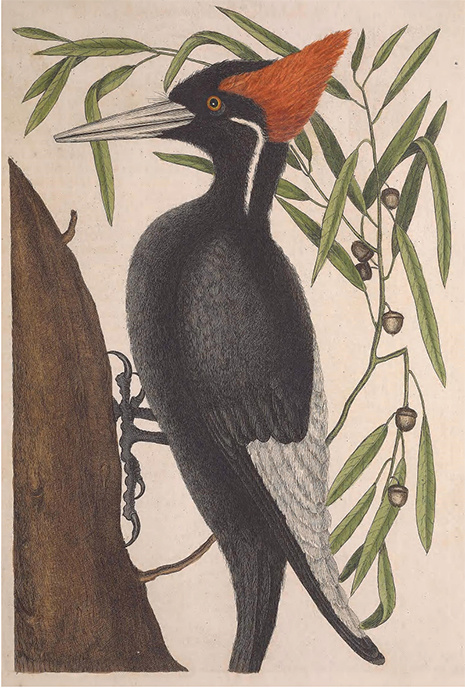 For more information about The Mark Catesby Centre at the University of South Carolina, visit https://digital.library.sc.edu/markcatesbycentre.