Born 100 years ago this week (Aug. 22, 1920), Bradbury is most known for his novels Fahrenheit 451, The Martian Chronicles and The Illustrated Man. Many of his works were adapted for television, movies and comic books.

Hardin’s Bradbury collection, which she recently gifted to the Irvin Department of Rare Books and Special Collections at UofSC Libraries, grew over the decades.

Hardin’s close friendship with Bradbury began in 1982 when she was editor of the International Trumpet Guild Journal. She wrote to the L.A. Times seeking permission to reprint Bradbury’s poem about Louis Armstrong, “Satchmo Saved.” The newspaper forwarded her request to Bradbury, and he responded to directly Hardin. They continued to correspond for the next 13 years.

Many of those letters from Bradbury included gifts.

“Every time I turned around, there was a package in the mail. He sent me special editions or valuable copies of Fahrenheit 451 or The Martian Chronicles, just because he wanted me to have them. He signed them, and I put them on my bookshelf. It was all about our friendship,” she says.

As a child, Hardin was an avid reader who frequented her library’s “space fiction” section. In the ninth grade, she bought her first Bradbury book, a paperback copy of The Illustrated Man, for fifty cents through her English class book club.

“I thought the cover, a tattooed man on Mars, was the neatest thing I’d ever seen. I read it in one afternoon after I finished my homework. It was the coolest thing I’d read in my entire life. That book put me on a path,” Hardin says.

After corresponding with Bradbury through the mail for more than a decade, a message on her answering machine changed everything.

“I came home from work one day when I was a middle school band director. There were lots of messages on my machine – and one of them was from Ray. I just about fell over,” she says.

“He’d sent me a poem, 'Just Gimme That Brass.' He’d had a dream of hearing that poem put to music, and wanted to know if I could have it performed at the Trumpet Guild’s 20th anniversary conference the following year if he could get it set to music.

Hardin called Bradbury, and says it was like they’d been talking together forever. At the conference the following year, she finally met him face-to-face, along with his guest, Hollywood composer David Raksin, who set the poem to music.

“I tried to act like I wasn’t stunned,” she says.

From 1995 until Bradbury’s death in 2012, Hardin and Bradbury spoke and met regularly. She went to Los Angeles many times at Bradbury’s invitation, usually for a party or the premiere of a play.

“As soon as I opened it and saw a bit of aluminum, I knew what it was — the aluminum edition of Fahrenheit 451 — it’s my favorite gift. He’d rolled it up in Christmas paper and used postage stamps, instead of tape, to secure it,” she says.

“At the time, there was no easy way to find special edition books, and this was a rare, promotional book I didn’t think I would ever have.”

Other favorites in Hardin’s collection include the very first off-the-press copy of the first edition of The Martian Chronicles, which Bradbury dedicated to, inscribed and gave to his wife Marguerite.

Another favorite is a first edition of Something Wicked This Way Comes, which Bradbury inscribed and gave to actor Gene Kelly, then inscribed a second time to Hardin.

“One of my favorite items showed up in the mail one year. It’s a little Halloween tree that you hang pumpkins and ghosts on. Ray bought a bunch of these trees for his friends that year. You can see the price tag is still on the box. He bought it at Kmart for $6.99. He just loved Halloween,” she says.

While Hardin had become a true Bradbury collector through correspondence with him, they also shared in many adventures that solidified their friendship.

In 1996, Hardin and her husband booked a cruise to celebrate her retirement as editor of the International Trumpet Guild Journal. Unbeknownst to them, Bradbury was the one of the guest speakers.

“I’ve had lots of coincidences like that with Ray,” she says.

One of her fondest memories was Bradbury’s book signing at a DragonCon in Atlanta. The event organizers didn’t have anyone scheduled to help.

“I promptly got this large crowd organized and in line, explained the two-item limit, and stood beside Ray and opened each item for him to sign,” she says.

“That day we grabbed a hamburger lunch at the hotel and talked like friends — not about the meaning of life — but about his family, my dog, things like that. He was as down to Earth as they come.”

Hardin became Bradbury’s official “dragon lady,” a title he gave her, after becoming overwhelmed by a crowd at the conclusion of a talk he was giving.

“I always look for a second exit anywhere I go, and I spotted it in this big room where he was giving this talk,” she says.

“When he finished, people started pouring up the aisle toward him. He looked at me and said, ‘Can you get me out of here?’ and I said ‘Yes I can,’ which I did after firmly telling the security guard at the second exit that he was going to let Ray Bradbury pass through,” she says.

“Matthew Bruccoli told me, ‘If you’re out at an event with Ray, pick up any extra programs you see and get him to sign them.”

In the early days of eBay, Hardin started buying Bradbury memorabilia. When she and her husband travel, she always stops in local bookstores to look for collectibles. Now she focuses on specific, rare items, including vintage fanzines, because they include Bradbury’s earliest writings, prior to publication of his novels.

Hardin placed her collection with UofSC Libraries as a gift to the university and the public so future generations can enjoy Bradbury’s vast body of work as much as she has.

“Libraries keep stories and authors alive. So the perfect place for my Bradbury collection is at the library,” Hardin says.

David Shay, a cataloger at the Irvin Department who is working with Hardin’s collection, says Bradbury is especially relevant today, and will continue to be so in the future.

“So many themes throughout his works are important today. Just look at Fahrenheit 451. It encompasses censorship and totalitarianism. These are real-world issues that just do not go away,” he says.

On that same note, Hardin says, “Ray said he didn’t write to predict the future, he wrote to prevent the future, and the future he wrote about when he was 20 has come true today.”

An online exhibit, Ray Bradbury Now and Forever: The Anne Farr Hardin Collection, offers visitors a deep dive into the collection, from Bradbury’s most notable works to obscure and unseen items.

For more information about the collection, contact Nicole Carrico at carrico@sc.edu or 803-777-2115.

Explore the online exhibit for a deep dive into the collection. 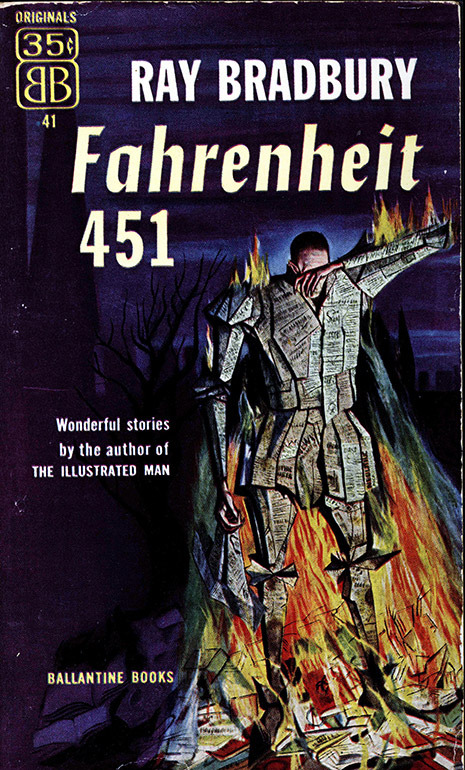 Fahrenheit 451, published in 1953, is often regarded as one of Bradbury’s best works. 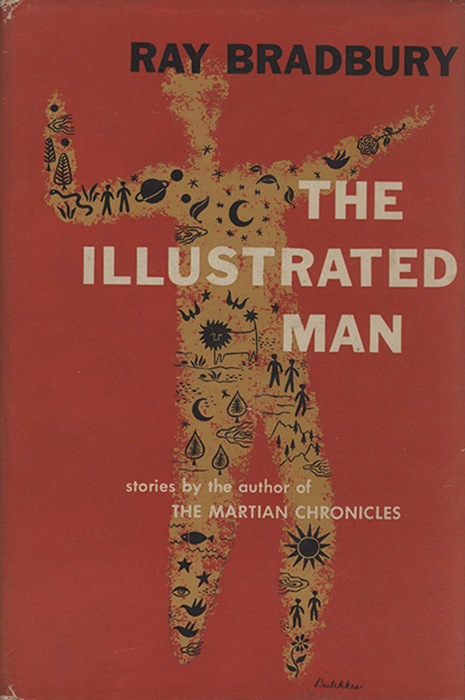 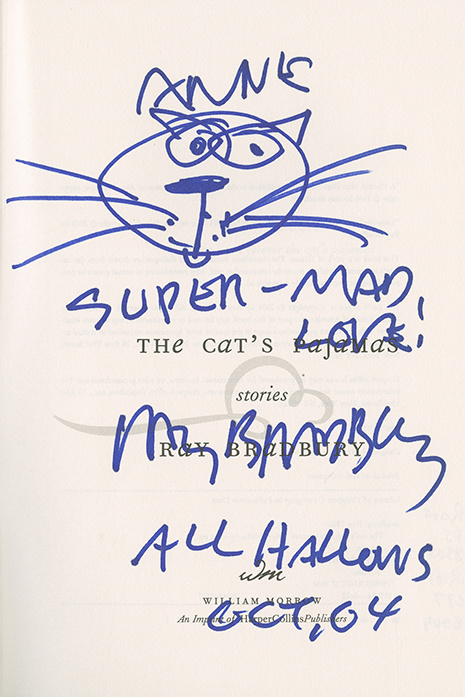 Anne Hardin’s copy of The Cat’s Pajamas is inscribed by her longtime friend. 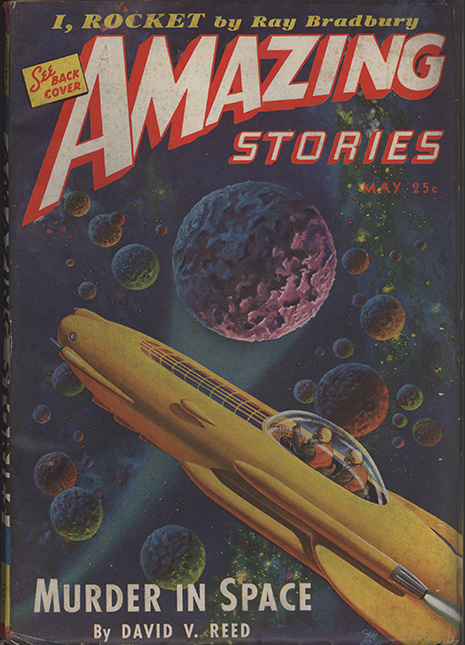 This May 1944 first edition copy of Amazing Stories is part of the collection.