Vintage films encompass all aspects of American life in the post-industrial age. Newsfilms range in content from silly daredevil stunts to high fashion, wacky inventions to musical performances, aerial demonstrations to political speeches and natural oddities to early war footage. And we see this historical film footage in all kinds of productions.

So where are all those historic films stored, and how do today’s filmmakers, producers, artists and curators find them?

One of the largest historic film archives in the nation is located in Columbia, South Carolina at the University of South Carolina Libraries Moving Image Research Collections. Headquartered on Catawba Street, sandwiched in a warehouse between the Olympia Mill Village and the university’s Greek Village, MIRC has been supplying the film, television, not-for-profit and educational sectors with films for ­­­41 years.

“We license about 200 films a year, so over the course of 40-plus years, that’s thousands of productions our films have been featured in,” says Lydia Pappas, interim director of MIRC.

MIRC was established in 1980 as a freestanding archive with the acquisition of the Fox Movietone News Collection, 11 million linear feet of edited news stories, completed newsreels and associated outtakes documenting national and global politics and culture from 1919-1934 and 1942-1944.

Since then, MIRC’s collection has grown to include tens of thousands of reels of film produced outside the mainstream commercial television and movie industries. These include documentaries, home movies and news, science, nature, military and foreign films.

MIRC does much more than store and license footage. In fact, the largest job MIRC has is to stave off future decay and deterioration of its films by conserving, preserving and digitizing them so they can be enjoyed for decades to come.

“When we receive film for the archive, we ‘process’ it, which means it’s inspected for damage, repaired when possible, placed in archival-quality canisters and stored in a humidity- and temperature-controlled vaults,” Pappas says. “When money is available, film collections are then scanned digitally and placed online for historians, researchers and students worldwide to access freely.”

MIRC’s footage has been used around the world by a variety of organizations with international reach. PBS documentary filmmaker Ken Burns has made extensive use of the films in his productions. The NFL, ESPN and The Museum of Modern Art are customers. Poland’s TVP 1 used MIRC footage in its docudrama series Młody Piłsudski. MIRC’s longest client relationship is with Nippon Hoso Kyokai (Japan Public Television), which it has been serving for 40 years.

While it’s easy to see how a television or movie producer would use historic footage within its production to connect the audience with a moment in time, MIRC films are also used extensively for research purposes.

“Their research can simply be about getting the mood right for a scene or be as extensive as the study of architectural details, period costumes, how the inside of a home may have looked, or how people gestured or physically interacted with one other at a specific point in time,” Pappas says.

Closer to home, Magnolia Plantation and Gardens is using MIRC footage on its Facebook page of a stroll through the gardens in the 1920s to promote tourism to their historic destination in Charleston, SC. Additionally, Redcliffe Plantation State Historic Site in Beech Island, SC has used MIRC’s films from previous plantation owner John Shaw Billings for research in its  efforts to preserve the house. Billings’ home movies document the houses, buildings, land and inhabitants from the 1930s to the 1970s.

MIRC has also shared footage with SCETV throughout its 41-year history.

UofSC students and faculty use the films freely in the classroom, for projects and in their own film productions.

“UofSC has history classes, film studies classes and more that use our film footage as part of their curriculum every semester,” says Pappas. “The footage is already digitized, so we just upload it to their online syllabus, and their students can easily watch it from anywhere.”

Students in the UofSC School of Visual Art and Design have been using footage from Movietone for years to produce short, imaginative videos. And UofSC education professors Christian K. Anderson and Amber Fallucca’s book History of American College Football: Institutional Policy, Culture and Reform is using MIRC footage in its companion exhibit at the Education Museum.

A Girl Scout in Fort Leavenworth, Kansas was recently doing research on the history of her troop and found it was once a horse-mounted group. The MIRC production team worked with the Girl Scout and her mother, who are now planning an exhibit on their findings at the Frontier Army Museum that will open in March 2022 and feature this film from the Movietone News Collection.

“No one knows how long historical films around the world will be cared for or how long they will be available into the future,” Pappas says. “It’s going to be archives like MIRC that not only preserve films for future generations, but also give people the experience of seeing them, handling them and working with them to learn about our shared history.” 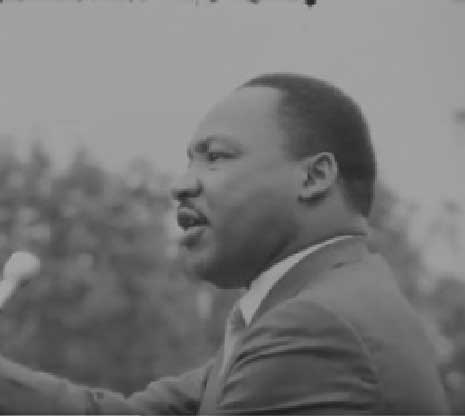 Watch our films online, which include footage from these collections: 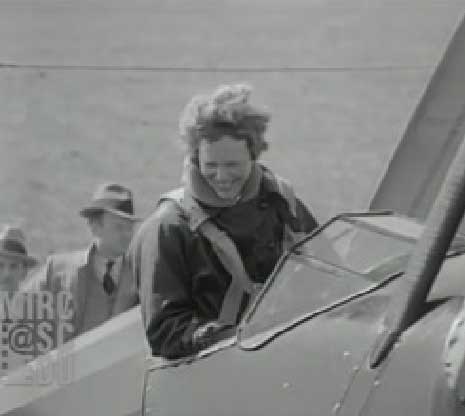 Amelia Earhart achieves 18,500 feet altitude and discusses it afterward in this 1931 film of outtakes from a Movietone News story shoot. 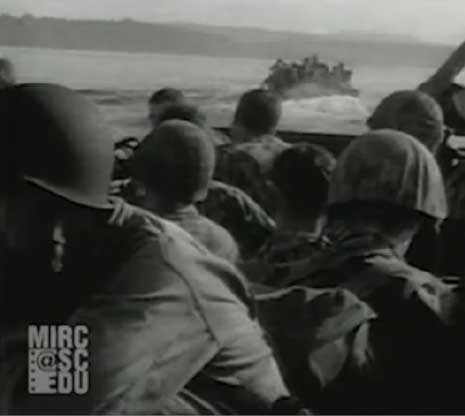 Explore this curated collection of war footage from the Fox Movietone News Collection.