Jason Yang initially pursued a career in teaching at the K-12 level. With bachelor’s and master’s degrees in education (concentration in psychology and counseling), he taught elementary school-aged children for six years in his native Taiwan. It was during a stint as a physical education teacher that the obesity epidemic really began to concern him.

“I observed that the kids were becoming less active and more sedentary,” Yang says. “I started to think about ways to combine my background in psychology with physical activity to help fight against this worldwide phenomenon.”

When looking at doctoral programs, Yang immediately set his sights on the United States and soon enrolled in a Ph.D. in Kinesiology program at The Pennsylvania State University. His Ph.D. advisor, David Conroy, invited Yang to take charge on his first project evaluating commercial physical activity smartphone apps – attempting to determine whether they were empirically supported by evidenced-based approaches to behavior change. The team discovered that most of the apps only incorporate a few behavior change techniques based on established theories, and Yang discovered an interest in incorporating technology into his work.

He also realized he wanted to look at health behaviors across the lifespan, so after conducting research on college students and older adults during his doctoral studies, Yang accepted a postdoctoral research associate position from Genevieve Dunton to learn more about children’s health behaviors within a family context. At the University of Southern California, he conducted research – again using mobile technology – in the Real-Time Eating, Activity, and Children’s Health (REACH) Lab in the Department of Preventive Medicine at the Keck School of Medicine.

Across these experiences and populations, Yang noted that most interventions stopped working after they ended. Despite research demonstrating that 80 percent of adults are insufficiently active, participants only sustain their engagement in weight loss programs for an average of 10 weeks. He wanted to understand why.

“Factors that promote healthy lifestyles tend to vary within each person, from day-to-day, and across settings,” says Yang.

Although his work also considers more static factors such as personality and gender, Yang’s research focuses on the dynamic variables that change moment-to-moment as well as over time. For example, he might examine not only how fluctuations in everyday physical activity affect mental health (e.g., relieving stress) but also how within-day variability in psychological status (e.g., affect, mindfulness, cognitive functioning) might affect our willingness to engage in exercise.

“Existing research in health psychology largely applies between-person methods, which examine individual differences in levels of engagement in health behaviors,” Yang says. “While between-person differences are important, this approach limits our understanding of how health behaviors change within a person over time. Understanding the dynamics of behavior change within the person is critical for reducing the risks of chronic disease that accumulate over time.”

Yang’s “within-person” approach uses mobile technology and real-time assessment methodologies (e.g., ecological momentary assessment and accelerometry) to understand the dynamics of health behaviors as they unfold in naturalistic settings in vulnerable populations across the lifespan. The overarching question his work aims to answer is “How do the dynamics of cognitive affective factors influence individuals’ health behavior patterns in everyday life?”

With its international reputation for research and academics, including the No. 1 Ph.D. program in the U.S., the Arnold School’s Department of Exercise Science had been on Yang’s radar since he joined the field of public health. He got a closer look when he attended a 10-day Physical Activity and Public Health Research Course held at UofSC in 2018. Applying for a faculty position with the department and the South Carolina SmartState Technology Center to Promote Healthy Lifestyles (TecHealth) was an easy decision when he heard about the opening from one of his colleagues, Christine Pellegrini, an assistant professor with TecHealth and the exercise science department whom he had met during the course.

“I’m looking forward to adding this ‘within-person’ approach to the strong team in the department as another useful perspective to study public health,” Yang says.

“We’re excited to have Jason as part of the department,” says exercise science chair Shawn Arent. “With the increasing emphasis on technology in health and fitness, I think Jason’s work is both important and timely. He has the potential to meaningfully contribute to our TechHealth area and further enhance the impact of the university on South Carolina and the nation.” 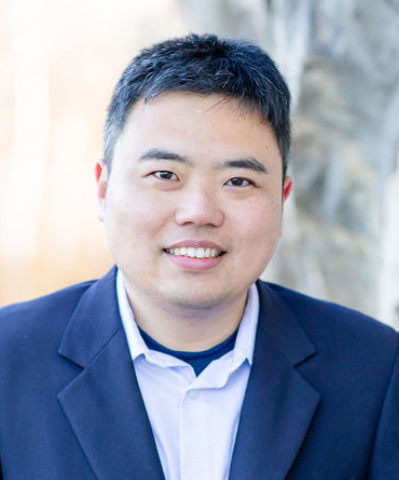 Jason Yang is an assistant professor in the Department of Exercise Science and with the South Carolina SmartState Technology Center to Promote Healthy Lifestyles.