Harrison Love is going to college this fall. But it wasn’t always a forgone conclusion for the recent Blythewood High School graduate, who was born deaf.

Love received the first of his two cochlear implants, electronic devices which provide sound signals to the brain, as a child. Despite regular moves with the military, Love and his family were able to make the most of his device until he reached high school and his progress seemed to plateau.

“During elementary and middle school, I was excited about everything, but that changed to confusion and a feeling of being let down as I entered my high school years,” he says.

What changed for Love? His parents brought him to the Department of Communication Sciences and Disorders' USC Speech and Hearing Research Center, where he learned to re-embrace his cochlear implant and his potential.

“At the Center, I learned to improve my pronunciation, and they helped me change my attitude to adopt a positive mindset about life,” Love says of his sessions with clinicians like Gina Crosby-Quinatoa. “I became more committed to my cochlear implant.”

Love’s new outlook changed his trajectory from a frustrated teen to an award-winning young man with concrete plans and a bright future. The Senior of the Year award winner burned excess energy on the wrestling mat, where he won first place in a local high school tournament. He learned responsibility and coping with chaos through a part-time job washing dishes. He also found his vocational calling.

A gifted artist, Love has won numerous awards throughout high school. He plans to apply his talents at Lander University this fall, where he will pursue a degree in art education through Call Me MISTER (Mentors Instructing Students Toward Effective Role Models). Designed to develop young, African American men into public elementary school teachers who serve as role models for youth, this loan forgiveness program will support Love during his undergraduate years. He is even thinking about pursing master’s and doctoral degrees as well.

As an unofficial ambassador for the Center, Love already acts as a role model to youth with cochlear implants by speaking with patients and their parents about his own experiences. Having received his second implant from the Center’s cochlear implant team in 2015, he can even speak on recent technological advances in the field.

After he makes his move to Greenwood, Love will apply what he’s learned through the Center to continue his own speech-language therapy sessions. However, he will return to the Center regularly to test his devices and to check in with the team of clinicians who helped him turn it all around.

“Rather than be defined by his hearing loss, Harrison has worked diligently over the years to set and achieve goals grounded on his giftedness, values and personal interests,” says Crosby-Quinatoa, a senior clinical instructor at the Center who has worked closely with Love. “His recent accomplishments are but a glimpse of what Harrison has the potential to achieve in the future.”

USC Speech and Hearing Research Center on the forefront of treatment for patients with hearing impairments, using complementary assistive technology in patient therapy 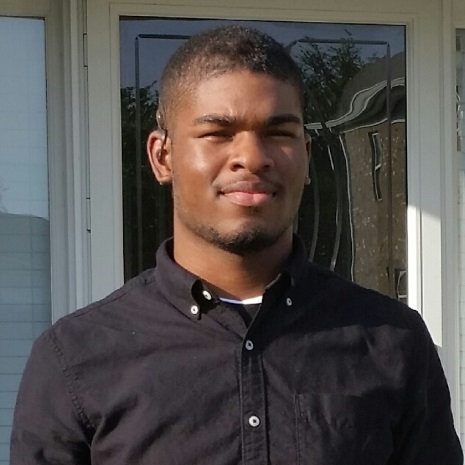 Harrison Love has won numerous art awards throughout high school. He plans to apply his talents at Lander University this fall, where he will pursue a degree in art education through the Call Me MISTER program.