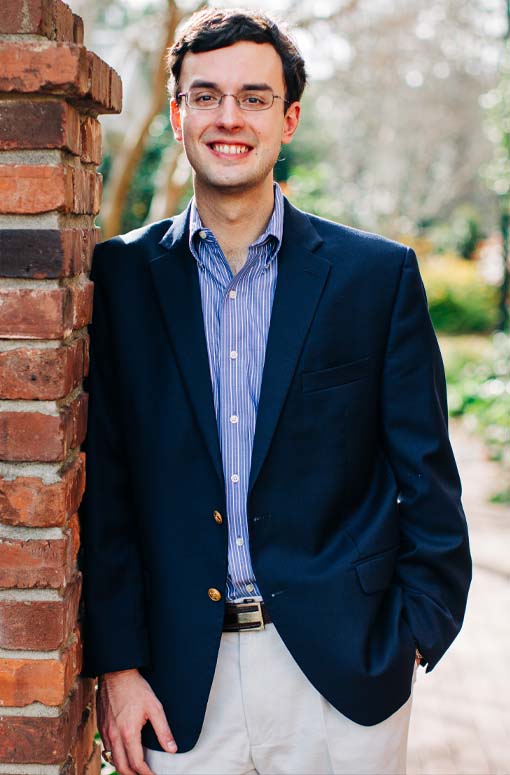 While this role is Brett's first full-time foray into higher education, he has worked part-time for UofSC Admissions as a seasonal application reader.  He is a proud Gamecock and McNair Scholar alumnus, having graduated from Carolina in the spring of 2017 with a bachelor’s degree in Broadcast Journalism and a minor in Sport & Entertainment Management.

Brett returns to Columbia after working nearly five years in the sports broadcasting industry. He spent the last four years as the radio and television play-by-play voice of women’s sports at Western Kentucky University, working primarily with women’s basketball and volleyball. He looks forward to pursuing more sportscasting work in the Carolinas on the side but is far more excited to help the next classes of scholars pursue and live their dreams as he did his.

Brett was heavily involved in the Top Scholars community during his undergraduate career, serving as Co-Executive Chair of Scholars United, a Peer Leader, and a member of both the Transition Team and Scholar Host Team. He is eager to connect with the scholars currently in these roles and help them further their mission.

Outside of work, you will find Brett resuming his exploration of the South’s iconic food scene and cheering on the Gamecocks (and his hometown Washington, D.C.-based professional teams) in every sport. He will also continue his online coursework toward a master’s degree in Organizational Leadership from Western Kentucky University.