A Smart Start toward Honors success

Coming from the small town of Pageland, South Carolina, nursing student and Stamps Scholar Genna Rivers hit the ground running with her research at UofSC. Driven by her passion for nursing and caring for others, she has already made full use of her innate curiosity and the resources available to make the most of her first two years in the South Carolina Honors College.

Rivers didn’t always know that she wanted to be a nurse. After a serious car accident during high school, the care she received during her hospital stay ignited an interest in medicine. And when it was time to choose between becoming a doctor or a nurse, Rivers was drawn to nursing because of the intimate bond that they form with their patients.

“Being cared for so deeply and so closely by the nurses and doctors there made me know that medicine was definitely something I was destined to do,” said Rivers.

Being from a rural town with only 100 people in her high school graduating class, she was a little intimidated when she arrived on the large campus of UofSC, but the smaller, close knit environment of the Honors College made that transition easier for her.

The Smart Start collaboration between the Honors College and the School of Nursing was also instrumental in her decision to attend UofSC. As a student in the Smart Start program, Rivers is guaranteed admission into the upper division of the nursing program, and there are only twelve students in her Smart Start cohort, which makes for a very personalized experience.  Smart Start students also have the opportunity to enroll in Honors nursing courses, which are specially designed for students in this elite nursing cohort.

As her class representative for Smart Start, Rivers has been very involved in planning events for the program, and has become close with the director Dr. Robin Dawson.

“She’s like a mother to me and just a really good mentor,” said Rivers.

While she was in her Honors nursing research methods class during her first year, Dr. Dawson helped Rivers come up with her research topic of kangaroo care.

Contrary to the name, this field of research isn’t actually about kangaroos. Instead the research is focused on the health benefits from the skin-to-skin contact of mothers holding their newborn infants to their chest. Taking a different approach than previous research on the subject, she found that there was a serious lack of studies on adolescent mothers and kangaroo care.

With this in mind, Rivers began conducting her own research. In her Honors nursing research methods class, she was able to conduct a small-scale independent study, and has already been able to work with two adolescent mothers that have experience with kangaroo care. Rivers will also be presenting the research she has already completed at the College of Nursing Research and Scholarship Day Conference.

According to Rivers, the lack of research on adolescent mothers and kangaroo care may make it more difficult for doctors to treat young mothers. She doesn’t expect for her research to change this reality on its own, but she hopes that it can be the start of a much more widespread movement in the healthcare field.

“I know that my study alone won't be enough to change the world in caring for adolescent mothers, but maybe, if I do one study, that will spark others to become interested in it as well. And maybe at some point there can be a solid enough research base to where they'll know better how to inform and care for adolescent mothers and their infants,” said Rivers.

Eventually, she hopes to create an educational program on kangaroo care for adolescent mothers so that her research can have a widespread positive influence, and she might even go on to pursue a master’s or doctorate degree in order to further her research. No matter what, Rivers’ interest in this area is certainly far from over.

Haley Capps is a sophomore English and political science major and journalism minor in the Honors College and is from Myrtle Beach, South Carolina. In her free time, she loves baking, yoga and reading old books. 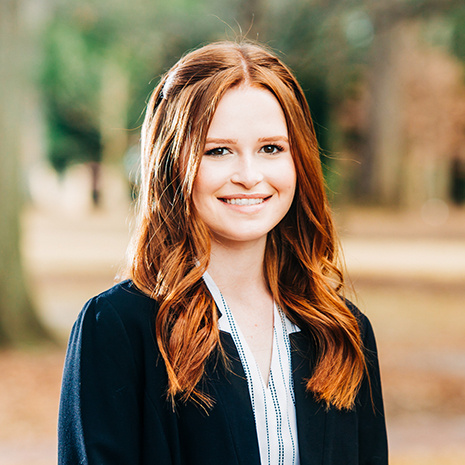 Genna Rivers is a Stamps Scholar and sophomore nursing major from Pageland, SC.