As an ex-sportcaster, communications professor brings personal insight to study his former industry

Kevin Hull worked in television news for nearly a decade, most of it as a sportscaster. When he began working on his doctorate at the University of Florida, he wanted to continue his connection to the world of sports.

“I thought it would be great if I could research sports and sportscasters and athletes and things like that, but I didn’t really know that was possible,” Hull says.

For his dissertation at Florida, he studied how local sports broadcasters use social media, specifically Twitter.

“It got me thinking that I could do a lot with just sportscasters. That was what I was, and if there was some way where I could help out local sports broadcasters or try to figure out how they could stay relevant in the world of social media and 24-hour news, that would be a pretty valuable thing that I could try to do,” Hull says.

When you think about the media in general, sports — as weird as it sounds — is one of the few fields that’s really growing.

His work as an assistant professor in the School of Journalism and Mass Communications at the University of South Carolina has made him a respected researcher and leading voice on sports broadcasting topics. One of his first published articles, “Why Twitter Displaces Broadcast Sports Media: A model,” is now a highly referenced paper for those examining social media and sports journalism.

Hull came to sportscasting early, quickly figuring out he liked sports but would never have a future as a professional athlete. Instead he interned at a local TV station as a high school student in his hometown of Albany, New York, before attending Boston University. After graduation, he began working at a television station in Wilmington, North Carolina, where he stayed for nine years.

That understanding of local TV news has informed his research, which includes publication of nearly 30 papers in his first five years in the College of Information and Communications.

“It helps that I did the job. When I send emails to broadcasters for surveys, I speak their language; I  know their concerns,” he says. “The concerns are figuring out how to stay relevant when there is 24-hours news and SportsCenter and teams that have their own media. So what can local folks do to still make it where (fans) do go to those local sports guys?”

“I believe that sports are something that can unite a community. Seeing all the different types of people walking around Columbia wearing Gamecocks shirts demonstrates the power of sports to bring us together,” he says. “All those people may not all agree on much, but they can sit together for a few hours on a Saturday to cheer for Carolina. My research focuses on the sports media and how fans, teams, players and journalists can all work together to keep that community alive.”

Hull also is heading the new sports media concentration in the School of Journalism and Mass Communications that will start in fall 2020.

“I underestimated the interest in it. Students are really excited about it,” Hull says. “When you think about the media in general, sports — as weird as it sounds — is one of the few fields that’s really growing. A lot of that is because of the team media and league media.

“If you wanted to cover the Gamecocks 20 years ago, you worked for The State or a local TV station. Now you can work for the SEC Network, you could work for the Gamecocks, all the different blogs and radio stations. The opportunities in sports are out there, they’re just not where they were 20 or 30 years ago.” 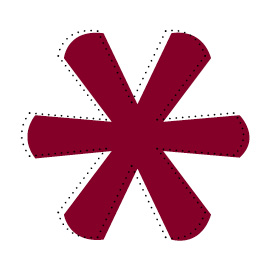