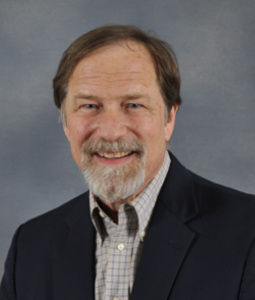 The mechanism of dioxygen activation for insertion into organic molecules is a problem of fundamental importance. The enzymes that catalyze these transformations often require metal ions for activity. Results obtained from the investigation of such metallo-enzymes, in addition to providing insight into their mechanism of action, are of obvious relevance to the design of catalysts for non-enzymatic oxidations. My research interests focus on the structure and function of dioxygen- and peroxide-activating heme iron enzymes. Additional areas of interest include the role of metal ions in enzymatic catalysis and structure, structural and functional model systems, and the application of magnetic circular dichroism, X-ray absorption, and electron paramagnetic resonance spectroscopy to bioinorganic systems.

Two experimental approaches are being used: (a) spectroscopic studies to establish the structure of the metal binding site and (b) mechanistic investigations to define the molecular sequence of events involved in catalysis. All appropriate spectroscopic methods are being used to accomplish the first of these two goals. The mechanistic studies involve the use of cryoenzymology and rapid kinetic techniques such as stopped-flow rapid-scanning absorption spectroscopy and freeze-quenching, as well as the determination of important mechanistic parameters.

Cytochrome P-450 has been the focus of research in my lab for many years. This heme enzyme has unusual spectroscopic properties and catalytic reactivities relative to other heme enzymes. Its ability to oxygenate an extensive range of substrates has generated considerable interest in its mode of action. In addition to spectroscopically examining the accessible stable states of this enzyme, emphasis is being placed on a detailed understanding of the substrate and ligand binding processes and on attempts to trap out the reactive intermediates responsible for oxygen insertion.

In collaboration with Professor Lukasz Lebioda, we are studying two fascinating heme-containing peroxidases from marine sources. One halogenates aromatic substrates (phenols) and the other dehalogenates the resulting halophenol products. Both have unusual spectroscopic and mechanistic properties, relative to other peroxidases, that challenge the conventional structure-function patterns of heme-containing peroxidases. Magnetic circular dichroism (MCD) spectroscopy is a particularly powerful technique for studying heme systems because of its frequent ability to distinguish between porphyrin structures with different axial ligands. To expand the utility of this technique, we are studying the spectroscopic properties of porphyrin complexes of known structure and numerous heme proteins such as nitric oxide synthase, allene oxide synthase and a variety of heme binding and transport proteins. We have both UV-visible and near-IR MCD spectrophotometers, the latter for studying low-energy structure-sensitive charge transfer transitions.