Chemistry professor Chuanbing Tang knows the value of a good mentor.  In high school in his native China, Tang's chemistry teacher encouraged him, pushing him to participate in Chemistry Olympiad events.  As an advisor and coach, "he was phenomenal," Tang said.  "I was able to win some national awards.  Well, actually, I didn't win at the national level – I wasn't quite good enough for that," Tang said with a laugh.  "But I came in second.  And I remember how he really motivated me."

It's a lesson Tang has taken to heart in working with students at many levels.  "I try to motivate our students – whether in my research group, or in the classroom – to always try to do more.  Not just in chemistry, but generally in science."  Helping students get the most from their potential, though, sometimes means recognizing non-academic barriers, and working to help remove them.  When he arrived at USC in 2010, Tang saw some of the obstacles that students in South Carolina faced, and he used his contacts in a national scientific society to offer them some help.  Working through the American Chemical Society (ACS), he established the first and only Project SEED program in the state of South Carolina.

ACS's Project SEED targets high school students from economically disadvantaged families, giving them the opportunity to work alongside researchers in the lab over the summer.  "In families with lower incomes, high school students might have to work in the supermarket, at Wal-mart, or in fast food over the summer," Tang said.  "They lose an opportunity to compete with students with more advantages.  In the program, we're able to give them a reasonable salary for their work, but at the same time they also learn the science.  We hope to stimulate their interest in going to college and also in majoring in the sciences."  Starting with two high school students in the summer of 2010, the annual program grew to include seven students by the summer of 2012.

"It was a great experience," said Laurentz Florit, who spent the summers after 11th and 12th grade in Tang's laboratory on an organic chemistry project.  "By the time I got to organic chemistry lab, I'd already seen all this equipment and knew how to use it."  Florit used gel-permeation chromatography (GPC) and nuclear magnetic resonance (NMR) to analyze organic polymers prepared in the laboratory.  "Understanding GPC, or NMR, that can be one of those really abstract things in organic chemistry," said Florit.  "But after we did so many GPCs and NMRs it wasn't like a foreign language to me."

"Applying and being accepted into the Project Seed program has had a big impact on my past two summers," said Nia Livingson.  "I participated the summer following 11th and 12th grade.  Courtesy of Professor Tang, I have been granted the opportunity to work alongside encouraging graduate students who have presented to me the abundance of options in chemistry and other chemistry related fields," said Livingson.  "I especially enjoyed the hands on experience of lab work and working on projects relating to alternative energy sources for a better environment.  I encourage any high school or undergraduate student to give this program a try and experience how productive it made me feel for two summers in a row.  I will be coming here to the University of South Carolina this fall and participating in this program has made a big impact on my decision!" 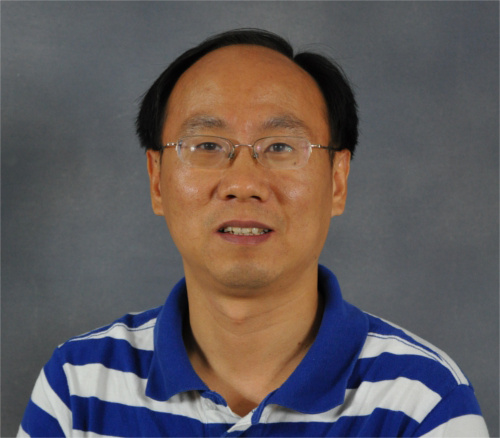