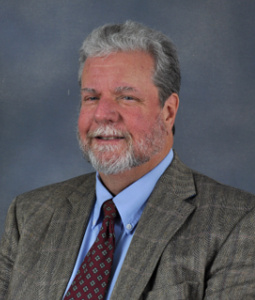 My work is focused on identifying factors that control the exchange of trace elements between the dissolved, particulate and biogenic phases in both the marine and fresh water systems. The goal is to identify the processes that control cycling and trophic transfer of trace elements and trace contaminants in the environment. Toward this end, my group routinely measures trace elements and tracers in groundwater, seawater, sediments, particulates (both inorganic and biogenic) and icebergs. In order to make these measurements, we also develop analytical techniques for trace element analysis in aqueous, colloidal, and solid phases and design and build sampling equipment. We maintain a clean room facility, and a radiochemical analysis laboratory that includes multiple coincidence counters for analysis of 223Ra and a 224Ra as well as 227Ac isotopes, and a low level Beta counter for 234Th analysis. We work closely with the departmental elemental mass spectrometry facility that includes two High Resolution Inductively Coupled Plasma Mass Spectrometers (HR-ICP-MS). My group is in the midst of a program to examine the impact of groundwater mixing and exchange at the terrestrial/ocean interface. Currently, this work is focused on characterizing the processes that lead to the production of Reactive Oxygen Species at the groundwater/seawater interface as a function of the oxidation of Fe(II). This work is part of a combined set of laboratory/field experiments with Dr. John Ferry's research group.

We have also participated in several NSF funded projects to evaluate the role of free drifting icebergs as a micronutrient source in the Southern Ocean. This work is part of a large collaborative program with Dr. Ken Smith at the Monterey Bay Aquarium Research Institute (MBARI). These projects involve the measurement of tracers of carbon export from the surface ocean and requires the development of specialized sampling equipment and new analytical methods. This work is part of a larger effort to characterize mechanisms of atmospheric CO2 sequestration in the Ocean as a function of climate change.