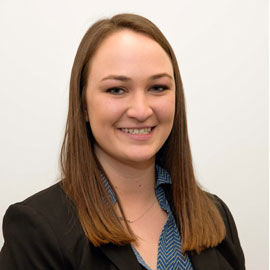 "I've always seen myself as a public servant, particularly for the federal government."

The Washington Semester Program celebrates its 25th anniversary this fall. Administered through the South Carolina Honors College, it provides fulltime, semester-long internships at congressional offices, federal agencies, nonprofits and other D.C.-based organizations — plus courses on politics, current events and theater —  to qualified college students from around the state. Several program alumni and current participants from the University of South Carolina recently shared their experiences in the nation’s capital with USC Times, the university’s news magazine for faculty and staff.

What led you to Washington Semester?

I found out about Washington Semester through the Capstone Scholars program. They had this series when I was a freshman called Capstone Conversations, and I saw on the calendar that they were having an info session. Because of that Capstone Conversation, the Washington Semester was on my radar from freshman year. As a political science major, I’ve always had a goal to go to Washington as soon as I graduate. That’s still my goal.

Do you know specifically what you want to do when you get there?

I’ve always seen myself as a public servant, particularly for the federal government. Back in my AP government class when we were learning about the executive branch, the cabinets, Congress — that’s where I envisioned myself. That’s the big leagues, that’s where all the action happens.

Freshman year, I was focused on State Department work, and then as I started taking more classes I picked up a second concentration in domestic policy, and I started to think more about the legislative side of things, which leads to what I ended up doing in D.C., working in Sen. Durbin’s office.

So you were able to work for a senator from your home state?

After you find out that you’re in the program, you sit down with Steve Beckham and go over what you want to do. I’m personally a Democrat, and I know most of the members of the South Carolina delegation are not, which isn’t a problem, they’re all great people, but I would much rather work for a Democrat.

And it was an incredible experience. Sen. Durbin has been my senator since two years after I was born. He’s someone I admire and look up to. I took every opportunity to go to his committee meetings, his speeches — just to see him engage his constituents. The first time I met the senator we had the Stanley Cup at his office because the Chicago Blackhawks were the champs. Even just getting my first intern badge — it says “Office of Senator Durbin,” and you find yourself just staring at it.

What did you do on a typical day?

I’m sure everyone who works on the Hill would tell you, there’s no typical day. As an intern, you do whatever is thrown at you. I wrote memos, answered phones — I babysat the Stanley Cup for a day. I read the CRS reports — Congressional Research Service — and was constantly going to as many briefings as possible, trying to soak it all in because it’s such a limited time that you’re there. I went to a meeting on the National Flood Insurance program, something that doesn’t sound like anything I’d ever want to do, but it ended up being one of the most interesting conversations. And I led a lot of tours, which was one of my favorite parts of the job, just engaging with constituents. At peak times, like spring break, I was doing two tours a day.

Is it as hectic as everyone says?

On the Hill, things change at a moment’s notice, like with the death of Justice Scalia. There’s all of a sudden some last minute action, people running around — something happens and everyone reacts. And it’s that way in D.C. in general. On the metro everyone’s always running late, things are constantly moving.

The shift from a college lifestyle to working 9 to 6 every day was completely different, and now readjusting to the college lifestyle is funny. I definitely started to miss Columbia toward the end of my time in D.C. — I mean, most of my friends are back here, and I’m glad to see all my favorite professors again — but I was sad to leave D.C. I’m definitely a political nerd. My first day I was running something and I got in the elevator with Tim Scott. I thought, “Oh good, this is one of the ones I recognize!” I was like, “Good morning, senator! Go Cocks!”

How about the nonpolitical stuff, the cultural aspects of D.C.?

The theater class was really interesting. D.C. has a really vibrant theater scene. We got to see a lot of really high quality productions. My favorite was a play called “All the Way with LBJ.” And we got to see a lot of things I would have never gone to see, personally, but that ended up being really cool, like a completely wordless production of “Romeo and Juliet.”

And you stayed up there for the summer, too, right?

One of my friends from the house was working in Congressman Clyburn’s office, and when I was on my lunch break, I would go over there and hang out and got to know the staff in that office. I gave my resume to the internship coordinator and said, “Hey, I don’t have any plans for the summer. If you need any interns, I’d be happy to stay.” The last day of my internship with Sen. Durbin I got a call asking if I wanted to work in Congressman Clyburn’s office.

I really fell in love with the legislative process, but I’m keeping my options open. Washington isn’t the kind of place where you know what you’ll be doing next year necessarily. You pretty much have to be up there ready to go at the drop of a hat, so after graduation I just want to go up there. I want to be in D.C. actively searching for something.

The Washington Semester Program celebrated its 25th anniversary this fall.  Several program alumni and current participants from the University of South Carolina shared their experiences in the nation’s capital with USC Times, the university’s news magazine for faculty and staff. Read all of their stories: Heidi Brooks, Greg Ferrante, Meghan Hickman, Seth Ismail, Kimberly Medina and Katie Schwichtenberg.