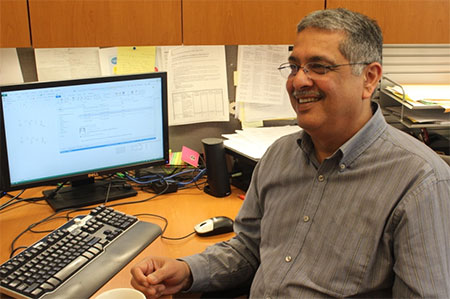 Anwar Merchant joined the faculty of the Arnold School of Public Health in 2008.

Going to the dentist is generally regarded as something you ought do on a regular basis — even if many don’t — because most people agree with experts that it will help prevent tooth and gum problems. But in the public mind, dental care doesn't yet hold as much esteem as it does in the scientific and medical community, which has shown that pursuing good oral hygiene is a health tool with benefits that extend well beyond the confines of one’s mouth.

“The connection between oral care and systemic health has been studied for a long time, there’s 20 to 30 years of work or more showing it,” says Anwar Merchant, a professor in the Arnold School of Public Health. “The studies show that people with periodontal disease have more cardiovascular disease, they have more cancer, they have more diabetes, they have worse diabetes, and so on.”

Although the halo effect that good oral health can have on the rest of the body might be well established, there remains uncertainty about how far dental treatment can go in reducing risks and complications, Merchant says. A case in point is the question of the effectiveness of periodontal treatment in patients with diabetes.

A number of small studies over the years have shown that periodontal treatment, which often involves the scaling of teeth near the gums and sometimes the prescription of antibiotics to arrest the progress of gum disease, can also improve blood glucose control in diabetics, Merchant says. But less than three years ago, a randomized, controlled clinical trial published in the Journal of the American Medical Association found no link at all. The trial was suspended early because of what the authors termed “futility”: The periodontal treatment was found to have no discernible effect on blood sugar control.

Merchant led a team that recently concluded a large research project through the Veterans Administration that found otherwise, however. The observational study published in the Journal of Dental Research looked at a biomarker of glucose in the blood, hemoglobin A1C, in more than 125,000 patients with Type 2 diabetes over a seven-year period.

The percentage of hemoglobin A1C in a person’s blood is a reflection of how much glucose was in the bloodstream over the course of the preceding 3 months. For a healthy person, the number is about 5.7 percent, and for an individual with diabetes it will be higher. For Type 2 diabetics, the goal is typically to keep the percentage below 7 percent (the primary threshold). Being above 9 percent (a secondary threshold) is a cause of greater clinical concern.

Merchant’s team found that patients who underwent periodontal treatment and followed up with preventive maintenance did in fact bring those numbers down. Overall, the A1C levels dropped by 0.07 percentage points within the whole group when periodontal care was undertaken. Among the smaller set of patients with higher A1C levels to begin with (>9 percent), the reduction was even greater, at 0.25 points.

The numbers are small but need to be taken in context. “A 1 percentage point reduction in the A1C level corresponds to about a 20 percent reduction in complications,” Merchant says. “This is a clinically significant difference, and every small change adds up.”

Adding things up is the basic approach when it comes to treating Type 2 diabetes. Several interventions are typically taken in sequence, Merchant says, such as first reducing weight, changing diet or adding exercise to a patient’s daily routine. If the number doesn’t come down far enough, oral medications might be prescribed. Insulin injections are usually one of the last resorts in a disease that can often be controlled by lifestyle changes.

The numbers, again, are small, but they were found to be statistically significant in a disease that the American Diabetes Association says affected 29.1 million Americans in 2012, with most of those cases being Type 2 diabetes. When 3 percent or 5 percent of patients are able to cross a clinical threshold in a favorable way for such a prevalent disease, it represents a positive outcome for patients by the hundreds of thousands.

Merchant thinks that some reasons his team’s study was able to find efficacy where the earlier trial did not might be the duration of periodontal treatment, large sample size and including people with higher hemoglobin A1C in the analysis.

“Prior to this, no one had really evaluated the effect of long-term care,” he says. “What had been studied was a single treatment episode and how that affects A1C. And because we had an observational design, we didn’t exclude anyone according to treatment. It was just what the dentist determined was appropriate, whether it was surgery or antibiotics or whatever was needed in the long term.

“And that also answers another question: Is this practical? With the observational design, we were able to show results in a real-life setting. It’s one of the strengths of the study.” 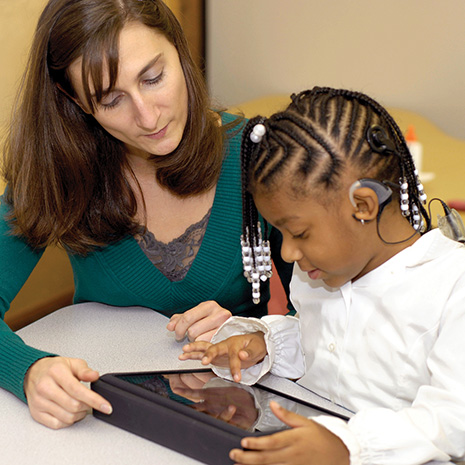