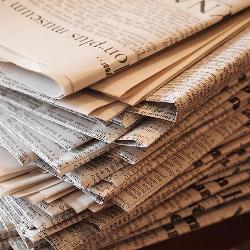 Shannon Bowen's unique, quantitative analysis of media stories and press releases related to Toyota’s auto recall crisis shows the damage that failing to acknowledge ethical lapses in public relations communications might do to a company’s reputation and long-term financial health.

General Motors is in the midst of a series of large-scale, costly automobile recalls, and the process has engendered an assessment of the company in the public arena that isn’t particularly flattering at the moment.

GM might well be going through the ordeal in a way that minimizes lasting damage to its brand and the firm’s long-term financial health, though, according to University of South Carolina researcher Shannon Bowen. If that proves to be the case, it would stem from unlikely source of guidance: one of its biggest competitors, Toyota.

The guidance derives from a sterling example of what not to do in a similar situation. Between 2008 and 2010, Toyota recalled more than 12 million vehicles of numerous makes bearing the Toyota and Lexus nameplate. The recalls were accompanied by a series of multimillion-dollar penalties imposed by the U.S. government, followed in the spring of 2014 by a whopping $1.2-billion settlement and admission of criminal liability by Toyota. The penalties were imposed for actions dating to the mid-2000s that eventually precipitated the recalls and for what the government termed unacceptable delays in the face of internal data that should have spurred the automaker into immediate action.

“This was the largest auto recall in history at the time,” says Bowen. “They had quality-control issues across the board — steering, braking systems and more. But the real problem was how they responded to the quality issues — an ethical challenge that Toyota failed.”

A public relations expert and professor in the university’s School of Journalism and Mass Communications, Bowen recently published in Public Relations Review a unique, quantitative study of the print media during Toyota’s diatribe that underscores the importance of an ethical response by any company faced with questions about the safety of customers using its products.

Bowen studied how the crisis was reported in all 356 news stories related to Toyota’s recalls published between 2009 and 2012 in The New York Times, the Washington Post and USA Today. But as a unique contribution to the literature, the study also included Toyota’s 170 press releases related to the topic from the same time period.

“This is one of the first, if not the first, studies that looks at both the mass media response and the organizational response,” Bowen says.

Bowen and doctoral candidate Yue Zheng used a quantitative scoring system to assess differences in how the events (such as company or government announcements) were reported during the recall period.

One finding was that Toyota was significantly more likely in their press releases to indicate that the crisis was essentially accidental — the result of inadvertent technical errors, for example, or things that were beyond the company’s control, such as external suppliers. By contrast, the print media more often reported that preventive action on Toyota’s part could have reduced negative outcomes, which included injuries and death.

The team also found that Toyota’s response strategy was reported differently according to the source. Using a 14-point continuum that ranged from a highly defensive strategy (which would include denying that there was a crisis) to a highly accommodative strategy (which would include highlighting how new procedures would prevent future problems), the researchers found that how Toyota referred to its efforts in responding to the crisis was much more skewed toward being accommodating than the print media reported. The print media were more inclined to report that Toyota was denying things, for example, but Toyota’s news releases on the same events were more apt to make the point that the company was taking steps to ensure that similar problems would never recur.

“Toyota didn’t acknowledge problems for about two years,” Bowen says. “And the media didn’t buy the denials after a certain amount of time.”

According to Bowen’s reading of the 2009-2012 media stories, from 2004 to 2009 Toyota uncovered a wide range of problems that created safety issues, but rather than addressing them proactively the company instead would often deny there were problems or try to shift blame (to auto parts suppliers or incompetent drivers, for example).

Toyota didn’t acknowledge problems for about two years, and the media didn’t buy the denials after a certain amount of time.

Shannon Bowen, professor in the School of Journalism and Mass Communications

Once the recalls started to take place, Toyota had a fresh opportunity to accept responsibility and possibly prevent further damage to their brand, but Bowen’s analysis showed the company failed to do so. From 2009 through 2012, print media largely framed the story as Toyota having culpability in failing to prevent injuries and deaths without any counterbalance of how the recalls and lessons learned from them would be beneficial going forward.

From a public relations standpoint, early 2009 was a missed opportunity to show that Toyota had truly learned its lesson — namely, because it really hadn’t. Reporters may have picked up on that from looking at Toyota’s press releases, Bowen says, and thus had no interest in describing anything positive that might result from the situation.

For Bowen, the episode is a stark example of what can happen when ethical behavior is not a driving force in top management and when a public relations strategy is not aligned with the tenets of ethical conduct. Her dissertation and many following publications focused on how ethics derived from the work of 18th century German philosopher Immanuel Kant can serve as a guiding principle in public relations, and in her academic career she focuses on teaching and research involving the integration of ethical conduct into the highest decision-making levels of organizations. She sees an ethically grounded chief communications officer as an essential member of all top management teams.

GM seems to have learned something from Toyota’s experience. “They have been much more forthcoming and transparent during the recalls they’re undertaking,” Bowen says. “Crisis management always begins with a willingness to identify and address problems in an ethically responsible manner. Tony Cervone, GM’s new global communications head, seems to understand ethics and crisis management, and I hope that his CEO, Mary Barra, is willing to listen to his counsel.

“The future of GM reliability depends on it, as it does in every organization that faces a crisis or recall. Quality can be rebuilt but reputation is a challenge.”

To help support research like Shannon Bowen’s in the College of Mass Communications and Information Studies, visit Carolina's Promise.