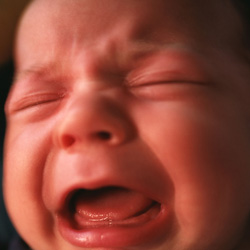 Of all the threats afflicting children in South Carolina, one is more prevalent than diabetes, autism, sickle cell and even pediatric cancer.

It is child abuse and neglect, and Dr. Olga Rosa has made it her mission to better identify and treat the thousands of little ones in South Carolina who become victims every year.

“When you can say one in 80 kids in South Carolina will be victims of abuse or neglect, you have a problem,” said Rosa, an associate professor and director of forensic pediatrics at USC’s School of Medicine in Columbia.

A proposed bill in the S.C. legislature would require that cases of suspected abuse and neglect in the state be referred for medical examination to the S.C. Children’s Advocacy Medical Response System, which Rosa directs. The system includes a network of pediatricians, ER physicians and pediatric nurse practitioners who are trained to determine whether there is medical evidence of abuse or neglect.

“If we can’t identify them, we can’t treat them,” Rosa said, “and they’ll continue to grow up with all of the long-term consequences of untreated child abuse.”

Four thousand children were referred to the Children’s Advocacy Medical Response System last year, and slightly more than half showed medical evidence of abuse and neglect. But the state Department of Social Services fielded far more reports — about 12,000 — and more instances of abuse and neglect might have been uncovered if trained personnel had been able to conduct medical examinations, Rosa said.

“A non-medical caseworker might see an infant sucking on a bottle and think everything is OK,” Rosa said. “But I’ve seen cases of infants who appeared fine, but then a medical exam revealed multiple occult [hidden] injuries.”

“One of the things I want to see happen is for DSS to share the responsibility with us on whether a child needs a medical exam,” she said. “I would like to see DSS communicate with us more on questionable cases.”

Rosa is one of only eight board-certified child abuse pediatricians in South Carolina, trained not only in the medical aspects of assessment but also in how to properly present medical evidence of child abuse to law enforcement and in the court system.

“Infants can’t tell you what happened or who is responsible. In some cases, we can only confirm that a child has been abused but can’t determine who did it,” Rosa said.

Rosa became involved in forensic pediatrics in the early 1990s when she was practicing medicine in Florida at a community health center and became responsible for handling suspected cases of child abuse. “I immersed myself in the diagnosis and assessment of child abuse, started reading journal articles and making contacts,” she said. “My child abuse practice was growing as fast as my regular pediatric practice.”

A fellowship at Brown University followed, and she was recruited to the pediatrics department at USC’s School of Medicine in 2004. She was named director of the Children’s Advocacy Medical Response System in 2007 and has worked steadily to build a statewide network of medical professionals trained in child abuse assessment.

“This bill in the legislature needs to pass — we don’t get a second chance with many of these kids,” Rosa said. “This is a public health issue.”