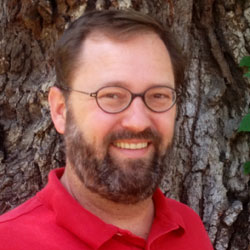 Higher education in fiction and film

Professor Christian Anderson finds novels, short stories and movies about academia to reflect at least some real-life aspects of the culture of higher education.

Nathaniel Hawthorne was still an undergraduate in college when he wrote what's now considered the first American novel about higher education.

"Fanshawe" was a forgettable story about a student love triangle — Hawthorne himself disavowed his connection to the novel. But in the nearly two centuries since its publication, hundreds of novels, short stories and a long list of movies have appeared, all depicting some aspect of college life, real or imagined.

That trove of literature and celluloid gets a closer look this June in "Higher Education in Fiction and Film," a summer session course taught by University of South Carolina education professor Christian Anderson.

"Fiction and film can be a very good source to understanding higher education, a great complement to historical or other types of studies," says Anderson, who teaches in the educational leadership and policies department. "They offer students an opportunity to explore the meaning of satire and hyperbole and to better understand the nuances of higher education."

Some fictional treatments of college life — the 1970s movie "Animal House" comes to mind — are long on entertainment but short on credibility. Others manage to accurately capture some aspect of the politics or culture of higher education.

"Authors of college novels are often academics, steeped in academic culture and values. They are participant-observers who have seen the good, the bad, the ugly," Anderson says. "Even a sardonic view of higher education by an insider is still an informed view."

Anderson's course examines several novels, short stories and films including "Stoner," a novel by John Williams; "A Serious Man," a film by the Coen brothers; and "I'll Take You There," a novel by Joyce Carol Oates.

After reading Richard Russo's novel "Straight Man" several years ago — a comedic story about a week in the life of a beleaguered interim chairman of an English department — Anderson was inspired to start an informal discussion group about academic-centric novels. Those animated conversations, which often morphed into discussions about contemporary issues in higher education, convinced him that a more formal course on the topic would be worthwhile.

In the past, Anderson has surveyed students at the end of the course to measure how the study of higher education in fiction and film has challenged their understanding of academe. In every case, students have expressed surprise at how much they've learned about higher education.

"It's a fun way to learn about higher education, but you come away surprised at how much information is revealed about universities in these fictional formats," Anderson says.

To learn how you can support innovative education classes, visit Carolina's Promise.