For more than 50 years, aircraft have been deemed safe for flight thanks to rigorous safety standards set by the Maintenance Steering Group (MSG). These standards, now on their third iteration (MSG-3), utilize historic maintenance data to develop best practices for scheduled safety inspections of rotorcraft like the Army’s Apache and Blackhawk helicopters. Implementation of MSG-3 has significantly reduced the cost of maintaining these aircraft while increasing the lifespan of parts and making them safer for passengers and cargo.

Now, researchers at the College of Engineering and Computing’s McNair Aerospace Center are working with the Department of Defense to develop similar standards for the U.S. Army’s new fleet of aircraft called Future Vertical Lift vehicles, or FVLs. Led by McNair Center Director Abdel-Moez Bayoumi, the team is collaborating with U.S. Army personnel and the FirePoint Innovations Center at Wichita State University to create the MSG-like framework that will be tailored to meet the unique needs of the U.S. Army’s future rotorcraft.

“UofSC established a really good reputation with the Army from our work with them. From the value-added we were unique. For the facilities, we were unique. From the cost point of view, we were excellent, and that really accumulated to building this partnership.”

“We first built all these tools to address legacy equipment or legacy aircraft. Apache was built in the late 70s; Blackhawk maybe a few years after that,” Bayoumi says. “Now, we can start from the design base to build it while we are designing the new system. And we’re not excluding all the tools and processes from the previous ones. We can validate them against the new design.”

The team’s goal is to produce a minimally scheduled maintenance program, decreasing costs and increasing mission readiness, while simultaneously improving safety and performance for the Army.

To develop the ideal process, the team will work with the U.S. Army Futures Command Future Vertical Lift Cross-Functional Team to understand their needs and maintenance practices, taking historical data and integrating it into the new framework alongside the creation of the FVLs.

Complex computer systems are anticipated to set the new fleet of FVLs apart from their predecessors, and incorporating these modern technologies into a scheduled maintenance framework is essential to ensuring safe flight. Bayoumi explains that the work will leverage two areas of expertise within the College of Engineering and Computing.

The UofSC team at the McNair Aerospace Center is uniquely situated to develop maintenance standards of military aircraft. The McNair Center is home to Bayoumi’s Center for Predictive Maintenance where students and researchers use a full-size Apache helicopter to perform component testing, predictive analytics and digital twin research. The center has partnered with the South Carolina National Guard and the U.S. Army on various projects since the early 90s.

“UofSC established a really good reputation with the Army from our work with them. From the value-added we were unique. For the facilities, we were unique. From the cost point of view, we were excellent, and that really accumulated to building this partnership,” Bayoumi says. “We feel extremely lucky to be part of the program and that the Army depends on us to give them these unbiased research activities.” 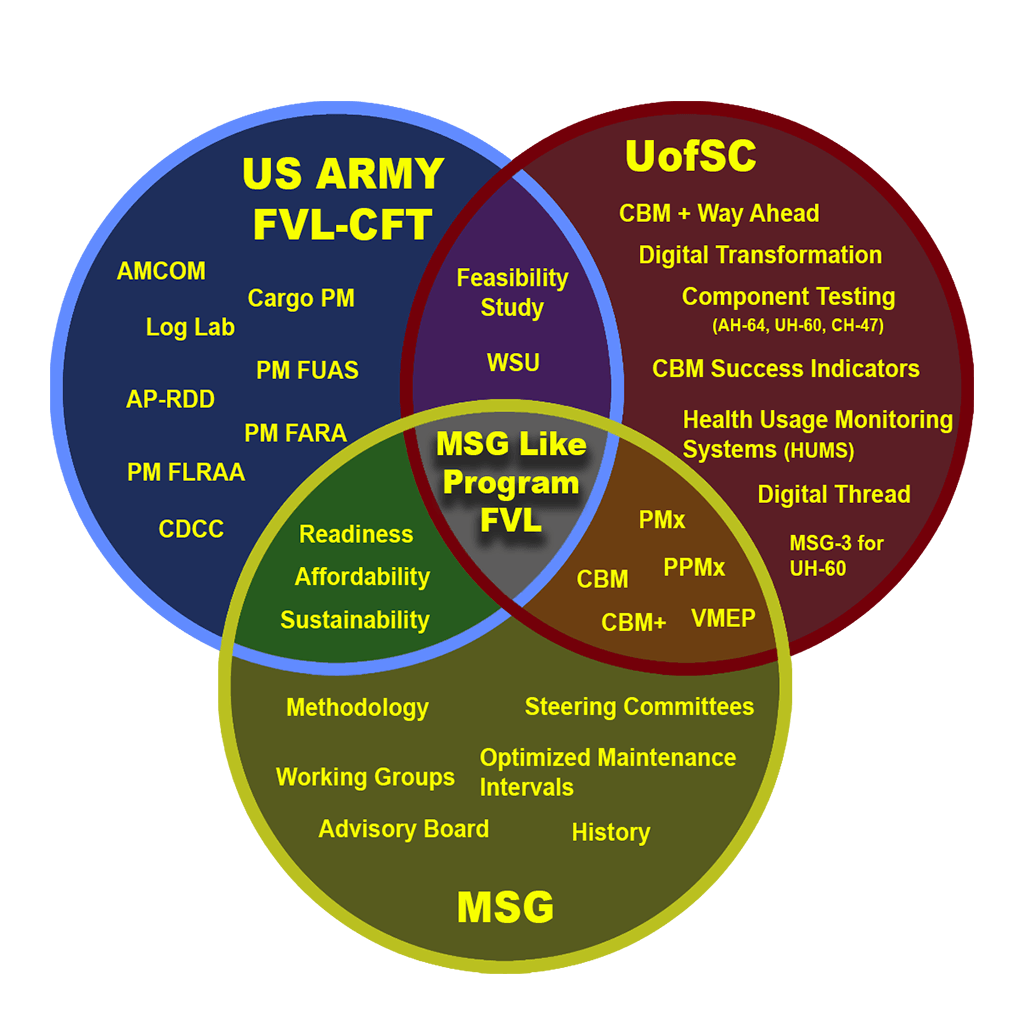 This diagram shows areas of overlap between the Maintenance Steering Group, UofSC, and the U.S. Army. 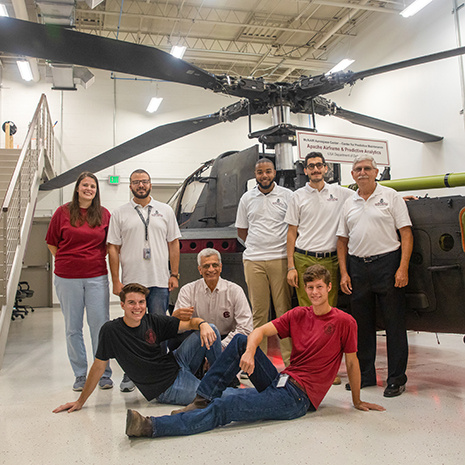 South Carolina is developing simulation tools and operational processes that will improve the affordability and safety of future vertical lift vehicles, also known as urban air mobility aircraft. As one of six research teams awarded a NASA ULI grant, our college will play an integral role in developing these aircraft of the future.

Learn more about our research on future verticle lift vehicles 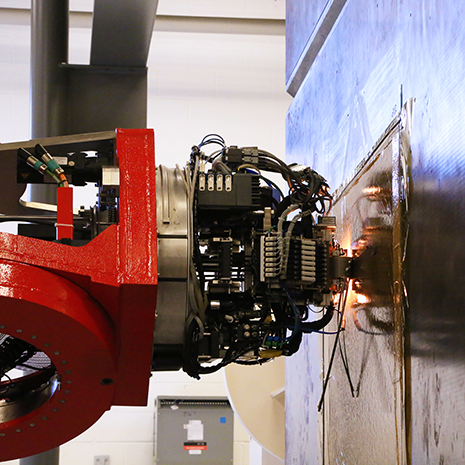 In seven years, the McNair Center has gone from a simple dream to a full-blown reality. Using a model that pairs industry partners directly with faculty and students, the center has made itself an integral component of SC's aerospace industry and a key player in its future.

Read more about the work happening at the McNair Aerospace Center