The students are involved in numerous projects at CPM.  Below is a list of both current and past projects.  Click on a project title to expand the selection and read more.

The Center for Predictive Maintenance has partnered with Clemson University, the Fraunhofer Institute and the South Carolina Department of Commerce to produce a virtual reality (VR) demonstration to demonstrate the effects of fault progression and its effect on maintenance scheduling. Within the VR environment users are able to view and manipulate a digital twin of the tail rotor drive train of an Apache helicopter. A simulated run over the lifespan of the intermediate gearbox is shown and provides users with a visual indication of wear patterns that are induced by the stress experienced by individual gear teeth. Similar to physical gears, these stress patterns increasingly wear the gear teeth to the point of failure.

This tool is a stepping stone to provide the manufacturing industry with a methodology to mitigate and detect faults to produce a zero-defect product. Virtual reality environments containing digital twins can provide plant managers, engineers, and maintainers a way to not only visualize fault progression but also to visualize simulations and their results. In effect, this reduces the time, risk, and cost of performing or viewing such a simulation on physical components.

The desired outcome of this project is to propose a generic model to estimate the return on investment (ROI) generated from condition-based maintenance (CBM) practice. By using this model the possible sources of cost during the pre and post-CBM phase are identified, estimated and then expressed as a ratio, ROI. Developing a success indicator to measure the economic effectiveness of CBM practice is nontrivial as it involves estimating cost avoidance both in the form of quantitative and qualitative measures, combining them together and finally representing them in the form of a single indicator.

Army aviation is considered as a case study in this project. The first step will be to identify the sources of cost during the pre and post-CBM phase. Both pre and post-CBM cost is comprised of two sources: one is from direct elements, and another is time elements. Unit Level Logistics Systems –Aviation (ULLS-A) is the major data source used in this project. The cost element is expressed in dollar amounts whereas the time element is initially estimated in hours and then converted into dollar amounts multiplying with hourly rate. The next step is to calculate the costs and the difference is considered as benefits. The investment during CBM practice is considered as cost. The final step is to calculate ROI.

This project involves looking at using data mining techniques on aircraft maintenance data to extract useful relationships for CBM in building a smart predictive system. Data will be collected from different sources, such as ULLS-A (aircraft logbooks), HUMS (aircraft sensor data) and test stand data. Using statistical software, predictive models will be built from the data fusion of these qualitative and quantitative data sources. Potential benefits include:

The desired outcome of this project is to design a toolkit that can be used by everyone involved in the management of the aircraft including: pilots, maintainers, crew chiefs, engineers, business analyst, and leadership.  This toolkit will include:

To qualify that this system is operating properly, the University of South Carolina has created a demonstration using the AH-64 intermediate gearbox. This demo will help create an educational tool for all users to show how the sustainment project will advance the CBM Impact Areas to better the aircraft’s maintenance procedures.

Nano particle additives can increase thermal conductivity, reduce friction, and stabilize viscosity when mixed with oil and grease. The CBM center is testing a nano additive made by NanoPro MT in an UH-60 Blackhawk Auxiliary Power Unit (APU) and several Apache gearboxes.

The primary goal of this project is to determine if there are any fuel efficiency benefits when using nano oil in a turbine engine. Other testing has reported fuel efficiency gains of 10% in piston engines. That type of fuel savings would translate to millions of dollars if implemented fleet wide in both the APU and main turbine engines.

Wear testing is being performed in the Intermediate Gearbox on the Apache Tail Rotor Drive Train. The nano oil is expected to show lower vibration levels at each wear state when compared to conventional oil. If the vibration levels can be reduced, then wear will also be reduced. If the NanoPro oil reduces wear, the usable life of the components would increase. This would result in an increase in safety along with additional cost savings.

This project examines the benefits of implementing main rotor blade wedges on the AH-64D aircraft. The wedges are placed on the blades of the aircraft to reduce vibration, much like a fan blade balancing kit corrects wobble in ceiling fans. The analysis predicts the material and operational costs that will be avoided by using wedges instead of bending trim tabs (the current balancing method). Value-added benefits include:

ROI can also be determined for implementation of wedges on other aircraft.

This project involves component testing of the tail rotor gearbox under seeded fault conditions.  The fault under examination was of the tail rotor gearbox leaking grease through its input and output seals. An experiment was designed to create a worst-case scenario for a leaking output seal on three different high-life gearboxes, which were to be run for 500 hours in a seeded fault condition. The test objective was to demonstrate that aircraft with leaking output seals could continue to operate until a scheduled phase maintenance. Although previously considered impossible, during the study it became evident that grease freely moves from the main gear compartment into the static mast. As a result, the output seal leaks caused lubricant starvation on the gear mesh surfaces, ultimately leading to catastrophic failures of the input gear teeth. The three gearboxes tested survived 490, 487, and 573 hours after fault seeding, and numerous vibration and thermal observations were recorded as the gearboxes approached failure.  Value added includes:

This project was to test Honeywell’s ADVISER sensor and its potential diagnostic and prognostic capabilities. This was done using AH-64 tail rotor drive train components. The ADVISER is a non-contact sensor that uses a 24GHz Doppler radar to transmit RF energy to the targeted component and the RF energy is reflected back from the targeted surfaces and edges. The sensor measures the phase change between input and output signals caused by the target displacement. The ADVISER sensor has a wide field-of-view giving it the capability to monitor more than one component at a time. Benefits include:

This project involves determining if a correlation exists between the grease service level and the vibration magnitude of the intermediate gearbox (IGB). To detect physical changes in helicopter components, condition indicators (CI) are calculated using various algorithms. However, there are limitations on the extent at which CIs can detect problems since each of these algorithms is targeted to a specific fault. Currently, no CI can directly detect grease loss in the IGB so the service level has to be checked every 25 flight hours by a maintainer.  Potential outcomes could include:

This project in partnership with NEI aims to increase the performance of the intermediate gearbox.  This is done by investigating and testing different nanoparticle additives in Mobile Aviation Gear Lubricant (AGL) as a potential improved lubricant in a proof-of-concept study. Lubricant leaks in drive-train gearboxes still remain a key issue and a common fault in the field.  Nanofluids have proven to be efficient for heat transfer for better cooling purposes and extending the component’s life by increasing the thermal and rheological properties of fluids. This is achieved through the incorporation of nanoparticle additives to boost thermal conductivity with maintaining a minimum impact as much as possible on viscosity.  Thermal and vibration condition indicator (CI) characteristics from the gearbox were measured using rheometers and viscometers available in USC’s chemical engineering facilities. Results showed benefits including:

This has led to a potential future collaboration with GasTOPS and South Carolina Army National Guard on debris analysis for lubricants.

This project deals with changes in the rheological properties of the grease used in the tail rotor and intermediate gearboxes of the Apache AH-64 helicopter when subjected to simultaneous mechanical and thermal loads within its operating temperature limits. It was observed that there is a significant reduction in apparent viscosity over the shear rate range tested. This reduction in apparent viscosity might lead to inadequate lubrication in contact regions between teeth thus accelerating tooth wear. To verify if the change in properties was due to temperature alone, studies were conducted on grease samples heated in a convection oven at 195°F. Results showed that the effect was not solely due to temperature alone. However when simultaneous mechanical and thermal loads were applied, there was a dramatic change in the rheological properties of the grease. It was observed that the grease reaches a stable or a metastable state and thereafter it does not seem to have much change in apparent viscosity either with operating conditions or time. The grease in this stable or metastable state has significantly different rheological properties than the virgin grease. Value-added benefits include:

These Higher-Order Spectral techniques can be used on any aircraft’s sensor data (of rotating components) to yield additional diagnostic information compared to traditional condition indicators.

This project is part of a general effort to apply natural language processing (NLP) techniques to improve reliability and reduce costs of V-22 aircraft. The program has three main objectives. First, research and develop methods to align maintenance actions, based on what was reported in the free-text fields with entries in the aircraft’s technical manual.  Second, trim the unwieldy technical manual of redundant entries, for which entries that are semantically similar but syntactically different needed to be recognized. Third, research the suitability of current ontology technologies for creation of a maintenance “reasoner” knowledge base.  Value-added results include:

The methods and algorithms developed specifically for maintenance records can be applied to other aircraft text data (i.e. logbook) to extract useful information and find patterns. 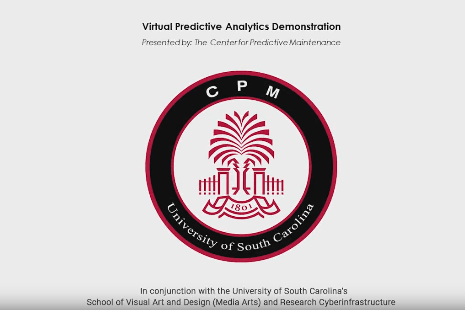