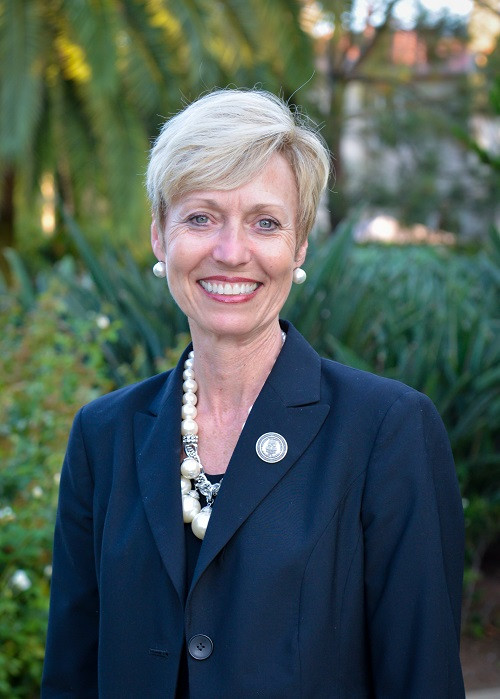 Dr. Elkins previously served as Vice President of Extended Programs and Regional Development and Dean of the College of Interdisciplinary Studies at Tennessee Technological University (TTU). She holds bachelor’s and master’s degrees in Education from TTU and completed her doctoral work in Educational Leadership with an emphasis in Higher Education Administration at Vanderbilt University.

Dr. Elkins served TTU by leading outreach and service efforts in the 42-county service area, first as Director of Continuing Education in 1991, Director of Extended Education beginning in 1992, then as founding Dean of the School of Interdisciplinary Studies and Extended Education in 2002 before being named Vice President in 2006. As a result of numerous internal and external partnerships with campus colleges and schools, along with external partners such as community colleges, Tennessee Technology Centers, K-12 school systems, and business/industry partners such as Volkswagen, the Oak Ridge National Laboratory and the Tennessee Valley Authority, enrollment increased substantially during her tenure.

Other innovative efforts involved partners such as:

Dr. Elkins was also a Professor in the Department of Curriculum and Instruction in the TTU College of Education. Her publications and numerous presentations have focused on leadership, continuing higher education, and student success issues such as retention and dropout prevention. She was involved in research and service projects totaling approximately two million dollars. Elkins has spent her career of over 35 years focusing on student access and success issues in K-12 and higher education, coupled with internal and external partnerships involving P-16 education, business/industry, and government.