So you want to talk about race

Ijeoma Oluo has cast herself into the spotlight. She created a voice for those who are afraid to speak. She advocates for change and honesty in today’s discussions about race and racism. 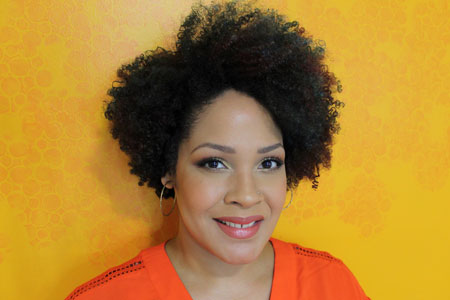 Winner of the 2018 Feminist Humanist Award by the American Humanist Association and named one of The Root’s 100 Most Influential African-Americans in 2017, Oluo tackles racism head on in her book “So You Want to Talk About Race,” released earlier this year. Before becoming a New York Times and Wall Street Journal best-selling author, her articles were featured in multiple news outlets, including the Washington Post and Time magazine.

Marking the 25th anniversary of the Adrenée Glover Freeman Lecture, Olou will discuss her book and how to have honest conversations about race and racism at 7 p.m. on Nov. 29. The lecture originally scheduled for Oct. 11 was rescheduled because of Hurricane Michael. The Freeman Lecture is free and open to the public.

Before Oluo hits the stage, we caught up with her to ask a few questions about her book and what can be done about racism in today’s world.

Q: What do you hope people will take away from your book and talk at UofSC?

Mostly, I want to be of use. I want my book to be something that people take and change the way they interact with other people of other races. That would be a measure of success. Like “we took this book into our meeting and it helped us navigate some of the trickier subjects that we discuss in our group.” I do not think it’s an emotional journey. I think there’s plenty of books that you can read to take you on an emotional journey, but I don’t think this book is for that. It is meant to be used.

Q: What advice would you give to people who want to speak out against racism, but may still feel uncomfortable doing so?

It’s important to note that there is never going to be time that is going to be comfortable. It’s never going to go away. You’re never going to get to a point in your life where it’s better to discuss issues of race. If you’re a person of color and you can’t talk about this issue because its detrimental to a personal relationship or something, that’s your decision. It’s an important decision to make but know that issue will pop up again. You have to start decentralizing your comfort in these situations.

Q: What did you learn about yourself as a result of writing your book?

You learn about yourself as a person and a writer. I learned how prevalent these issues have become. I also learned that there were some issues of racial trauma that I haven’t dealt with and wouldn’t have dealt with for years to come because of the impact it can have in people of color. I learned I can take these things that are still traumatizing and talk about them and create something of use that might help other people of color in the country.

About the Freeman lecture