Research could change how power is moved to homes and businesses

The University of South Carolina College of Engineering and Computing’s power electronics team has spent the past two years conducting a study with Emera Technologies that has the potential to transform the endpoints of the United States’ electrical grid. The research aims to incorporate direct current (DC) power into America’s dated and aging alternating current (AC) energy system. Through the team’s work, the way in which electric power is distributed to homes and business could become safer, smarter and more efficient.

The electric grid that the United States currently depends on for its power is based on 140-year-old technology. Efficient transmission of power over long distances – for example from a generating plant to a city – requires very high voltages. Even just distribution within a neighborhood generally requires 10,000 volts or more along streets or in backyards. Then transformers on poles or in green boxes on the ground reduce the voltage to levels that can be used in our homes and businesses.

These transformers, which were invented in the 1880s, are key to the success of the grid, and yet, because they can only work with AC currents, not DC, they are rapidly becoming an archaic technology. Power electronic devices are ready to replace these transformers in the modern world. And with their replacement comes an opportunity to use DC power, which is more appropriate for all of the electrical and electronic devices in our homes and offices today.

Roger Dougal, department chair for electrical engineering and prinicipal investigator for the study, explains that the primitive AC power technologies, compared to modern electronic devices, introduce limitations in how we distribute and use power and incorporate other energy resources, such as solar power or batteries, into our local supplies.

Dougal said, “The AC method of distributing electric power was effective 100 years ago because it was the only way we knew how to do it. But the grid never changed, and the current grid was never designed to handle today’s devices and new energy resources.”

Through the project's three years, the research team has included Dougal along with professors Herbert L. Ginn, Enrico Santi, former professor Andrea Benigni and five graduate students. They studied how semiconductor-based electronic power converters, rather than transformers, can be used to move electric power more efficiently, and more safely, with fewer resources. For example, the new methods eliminate the large pole-mounted transformers and the resources it takes to build them -- approximately 300 pounds of copper and steel in every one, in contrast to a similarly-rated electronic power converter that could be the size of a book.

Dougal explains that, unlike the current system of using a 60 Hz alternating current to transform voltage, direct current electricity is inherently compatibile with solar panels and batteries, as well as modern electronics in every home or office. Currently nearly every one of these devices – from LED lights to entertainment systems, to cooktops – really wants to consume DC power. Yet, Americans are saddled with power adapters hanging out of every wall outlet, to convert alternating current into the direct current that the device needs. Dougal said, “Modern technology no longer requires AC power, yet we’re still doing all these conversions from DC to AC, transmitting on an AC network, and then converting back to DC all over again.”

The technology the team is developing will not only permit more efficient ways of distributing power to homes, but will make it safer. Dougal said, “If you’re digging in your yard and hit a power cable, you’ll probably get electrocuted. With a DC network, because electronic converters are switching on and off many thousands of times per second, it’s possible to sense an unexpected current flow and shut power down before injury occurs.”

Direct power networks will also allow for smarter decisions about how power is used. Intead of turning devices just on or off, they can be run at reduced output, say at 30 percent, to reduce peak power demands. Artificial intelligence may come into play as well, allowing a smart system to constantly adjust power flows to optimize efficiency and availability.

Dougal’s team built a test lab containing three “houses” that allowed testing of power flow control algorithms. Batteries and converters that represent each “house” draw power and/or supply it back to the direct current grid to share with other houses. The experiments test the effectiveness and robustness of the algorithms, so that the algorithms can be deployed in real neighborhood DC grids.

The work of the power electronics team will impact more than American homes and businesses. The team has long worked with direct current technologies for the U.S. Navy. The team’s cutting edge work in power electronics was instrumental in securing a recent $9 million project from the Office of Naval Research to develop digital twin technologies for energy systems, working with partner Navatek LLC. Recently, the same UofSC team, together with partner Navatek, proposed to NASA to apply related technologies for distributing power in a moon base.

The $750,000 grant awarded by Emera Technologies began in 2018. Emera began as a single electric utility in Nova Scotia and has grown into an energy leader with more than 2.5 million utility customers in Canada, the United States and the Caribbean. Its focus is to safely deliver cleaner, affordable and reliable energy to customers with environmental priorities to use less coal and reduce greenhouse gas (GHG) emissions. Emera Technologies is a spin-off company, headquartered in Tampa, FL, that has a goal to commercialize these DC power technologies.

Dougal is the department chair for electrical engineering, a Carolina Distinguished Professor and Gregory Professor in the College of Engineering and Computing. He leads the Power and Energy Systems research group, whose research principally focuses on power electronics but also encompasses a wide range of associated technologies across a number of engineering departments. 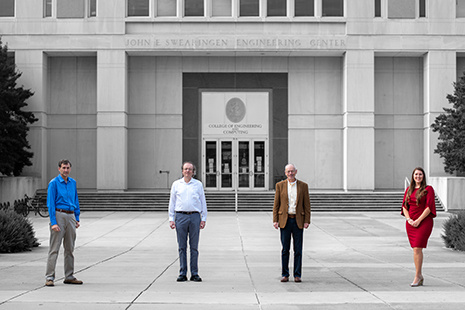 The college’s power electronics team currently has over $8 million in active funding from the Office of Naval Research. But, it is a grant received nearly 25 years ago that made today’s funding possible and cemented South Carolina’s place as a leader in energy distribution research. 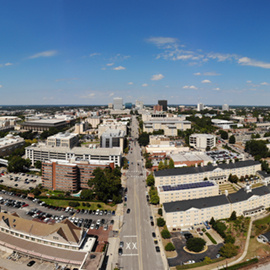 The U.S. Office of Naval Research has awarded the partnership of the UofSC and Navatek LLC (now Martin Defense Group) a $9.2 million contract for the research of power and energy systems and the development of digital twin prototypes. Advanced power control systems will be developed to intelligently manage the power and energy resources on ships that use directed energy weapons, such as railguns, lasers and missile defense radars. 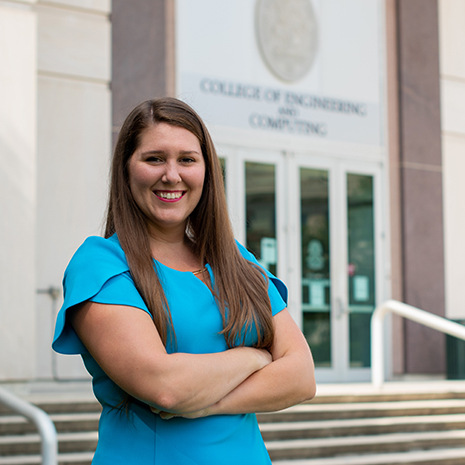 Kristen Booth: The makings of a mentor

Get to know Dr. Booth