Alumni Spotlight: How the CEC helped David King soar through the aerospace industry

David King’s dreams about a career in aerospace started while watching astronauts walk across the moon. From hundreds of thousands of miles away, Neil Armstrong and others inspired King to reach for the stars, but it would be mentors and colleagues right here on Earth that would help him become a prominent leader in the industry.

From launching space shuttles and landing them safely to managing more than 2,500 employees across 10 states, King has experienced many proud moments since he graduated from the College of Engineering and Computing at the University of South Carolina. He said the best part of his more than 35 years in the aerospace industry was accomplishing tasks with others.

“One of the things I’ve been very fortunate to do throughout my career is build great teams,” said King. “I’ve picked good people, put them in the right places, given them the resources they need, and helped to remove obstacles to help them achieve success. I love being a part of that and watching these teams perform and do incredible things, things that are really hard.”

The mechanical engineering grad currently serves as the group president at Dynetics, a firm focused on providing engineering, scientific and IT solutions to the national security, cybersecurity, space and critical infrastructure sectors. He is also a former space shuttle launch director and director of shuttle processing at the Kennedy Space Center in Florida. He played key roles in more than 100 space shuttle missions during his tenure at NASA and led the Columbia Recovery team following the Columbia accident.

Before all of that, King was a student at South Carolina. Making friends with people like Ralph Roe, the current Chief Engineer for NASA, and taking classes that still have an impact on him today.

“From a technical perspective, I was ready to go right after graduation,” said King. “I had a lot of professors who poured into me not only technical expertise, but also tried to help me understand how to solve problems and how to really think like an engineer. I stand on their shoulders today.”

King credits the quality of students, instructors, and curriculum at the CEC for turning him into a lifelong learner. A trait he says is needed in the rapidly advancing field of aerospace.

“Humans are meant to explore. We are trying to expand our footprint and get beyond low earth orbit and on to other places,” he said. “As we push further into space, I can’t wait to see what else we will learn. 600 years ago, we thought the Earth was flat, now we know so much more. What more will we learn in the next few decades? I find it absolutely fascinating.”

One way CEC students continue to explore is through the aerospace engineering program. King calls it a proud moment to see South Carolina with the only undergraduate aerospace program in the Palmetto State.

“I think it’s absolutely awesome,” he said. “It is a testament to the work that has been done at UofSC and in the engineering school specifically. I am very excited to watch the UofSC graduates come out and continue to do great things in our field.”

As King thinks about the future of the industry and who will take it to the next level, he hopes current students will look for strong relationships like he did.

“Never stop growing, round yourself out and continue to grow,” said King. “That is the mindset at the heart of aerospace engineering. Pursue knowledge, never stop exploring, and mentor those around you, that is the key to success in this profession.” 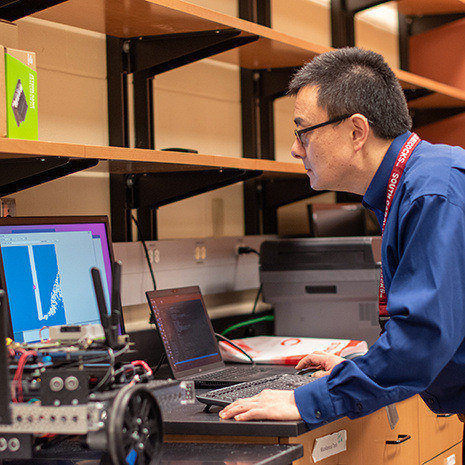 Wang to improve the safety of aircraft through new simulation technology

As today's aircraft grow thinner and lighter to allow for greater fuel efficiency, Yi Wang is developing technology to ensure safety is not sacrificed as cost efficiency of aircraft production is increased. 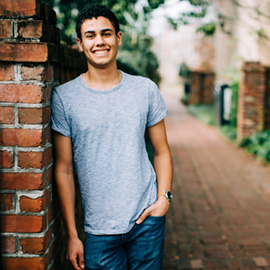 Read how Chris is solving problems and broadening the field