Creek, Associate Dean for Research, Retires after 33 Years at UofSC

He later moved to the School of Medicine Columbia and then spent the last 10 years — initially as vice chair, then as chair and associate dean for research — at the Department of Drug Discovery and Biomedical Sciences with the College of Pharmacy.

“I often joke that I’m probably the only person to have tenure in three different schools at the university,” Creek quips.

Research into the human papillomavirus has been a central focus throughout Creek’s career.

“To see the research progress from when we first started working on it some 30 years ago, to learning how the virus works, and then developing a vaccine in that time frame is quite remarkable,” he says. “My satisfaction is that I played a small part in that.”

Dr. Creek has led the college’s efforts in research and has been successful in doubling the amount of money received through extramural grant awards.

Creek has published more than 100 peer-reviewed articles, served as a mentor for 18 doctoral students, and served on the graduate student advisory committee for 76 South Carolina students who received their master’s or doctoral degrees.

His greatest satisfaction with the College of Pharmacy stems from the growth of the department’s faculty size by more than 50 percent over the past 10 years.

“We have been successful in assembling a talented, world-class group of scientists who are making important discoveries that have an impact on South Carolina and the world,” Creek says.

Dean Stephen J. Cutler lauds the profound impact that Creek has had on the department and college also in terms of advancements in teaching, research and service.

“Dr. Creek has led the college’s efforts in research and has been successful in doubling the amount of money received through extramural grant awards,” Cutler says. “Further, the number of scientific publications from faculty members of the College of Pharmacy is among the highest of any school or college at the University of South Carolina.” 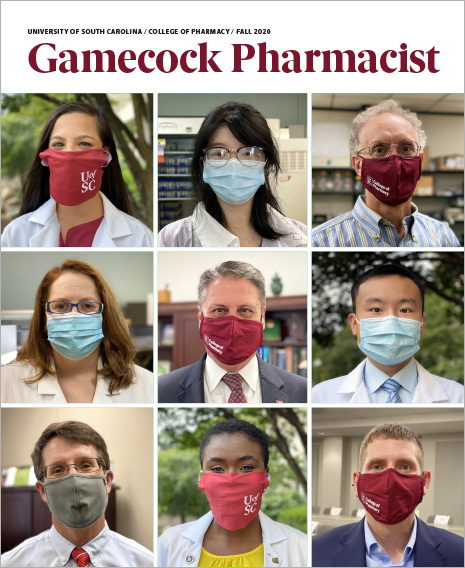 This article first appeared in the Fall 2020 issue of the Gamecock Pharmacist. Read more from this and previous editions of the alumni magazine in our online archive: