About the College of Pharmacy

For over 150 years, the University of South Carolina has been continually committed to ensuring the practice of pharmacy is provided by skilled practitioners. Our rich tradition of pharmacy education began in 1866 when South Carolina opened one of the nation’s first state-supported pharmacy schools. 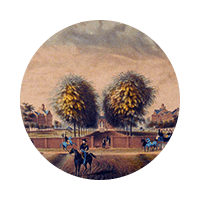 Although collegiate pharmacy programs were not widespread until the early 20th century, in 1866 the University of South Carolina opened one of the nation’s first state-supported pharmacy schools.

Spurred by shortages they encountered first-hand during the Civil War leading the laboratory that manufactured medicines for the Confederate Army, renowned scientists and brothers Joseph and John LeConte petitioned the university — then the South Carolina College — to add formal pharmaceutical and medical education programs.

During this time period, most pharmacists did not receive a college education, training instead in drug stores as apprentices to physicians or apothecaries for three or more years to learn the profession. They gained practical experience in prescription preparation, mixing liquid medications in corked bottles, grinding extracts into powders that were divided by dose and dispensed in envelopes or compounding doughy pills that were shaped into a cylinder and cut by hand or a simple machine, according to the fall 2006 issue of Apothecary’s Cabinet, a publication of the American Institute of the History of Pharmacy.

Despite an 1817 South Carolina law that required apothecaries to be licensed and examined to become fully certified pharmacists, many practitioners ignored this directive altogether, according to “Palmetto Pills, Potions and Practitioners: A History of Pharmacy in South Carolina.”

The university opened a School of Chemistry, Pharmacy, Mineralogy and Geology in 1866, with Joseph LeConte as chairman. The struggles of the state were mirrored in the student population, with many students unqualified and too poverty stricken to remain on campus, according to "The History of Pharmaceutical Education at The University of South Carolina 1865-1978." In 1869, John LeConte was hired as a professor at the University of California at Berkeley, serving twice as its president, and Joseph followed him west later that year, becoming a famous geologist and co-founder of the Sierra Club.

The school shuttered in 1873 but was revived in 1884 with a combined pharmacy and medicine program. A College of Pharmacy was established in 1888; to earn a two-year Graduate of Pharmacy (Ph.G.) degree, students had to be 21 years old and present a certificate showing they had completed two years of drug store experience in addition to their coursework.

An Era of Political Turmoil

During this era of great political turmoil in South Carolina, the college closed again in 1891, and indeed all professional programs at the university were eliminated under the influence of Governor Ben Tillman. Repeated attempts were made in the early 20th century to add a school of pharmacy, as well as schools of commence and engineering, but the state’s political and financial climate prevented those requests from being realized. 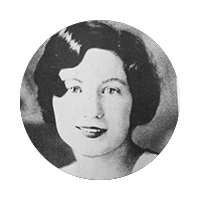 However, the persistent lobbying efforts paid off in 1924 when the department of pharmacy was re-established and 12 students were enrolled, with the option to pursue two- or three-year pharmacy certificates or a four-year bachelor’s degree. An April 1925 article in "The Gamecock" notes that in addition to science courses, students took cultural courses to get a well-rounded educational experience, a distinction between pharmacy education offered by research universities and that provided by medical colleges.

Under the leadership of Emery Motley - the university’s longest serving pharmacy dean - the School of Pharmacy in 1928 became accredited by the American Association of Colleges of Pharmacy and the following year, a four-year degree program with a pre-pharmacy curriculum was introduced. Charlotte Porter became the school’s first female graduate in 1931.

The program’s viability was once again threatened in 1933 when the state House and Senate voted to abolish the school, but the legislation was vetoed.

In 1944, in the throes of World War II, enrollment shrunk to 37 students. After the war, as returning servicemen used their GI Bill benefits, enrollment exploded to 203 students in 1946, 10 percent of whom were women. The program continued to attract female students, with a November 1956 article in "The Gamecock" noting that South Carolina boasted a 12:1 ratio of male to female pharmacy students, almost double the national average. 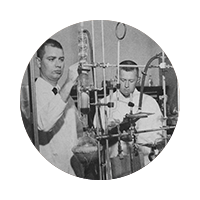 The college grew its public service outreach with the establishment in 1972 of the Palmetto Poison Center, which provides free advice about toxins to residents and health professionals across the state and continues to be housed in and supported by the college. The college’s Pharmacy Museum opened in 1990.

To promote research, the college initiated a Ph.D. program in 1981, and in 1999 the department now known as the Drug Discovery and Biological Sciences department was formed.

21st Century and Beyond

After a successful partnership that began in 2004 with the Medical University of South Carolina, the universities’ boards of trustees voted in 2015 to pursue independent accreditation. The merged program — the South Carolina College of Pharmacy — established a relationship with the Greenville Health Systems Campus in 2011 and created greater collaborative opportunities for experiential learning and research.

In 2010, the college distinguished itself with the establishment of the Kennedy Pharmacy Innovation Center, with a $30 million gift from Bill (’66) and Lou Kennedy (’84 B.A. journalism). The center provides unique learning opportunities for students to gain business and entrepreneurship skills, offers the nation’s premier sterile compounding lab located in a pharmacy school and advances the profession by developing and testing new pharmacy practice models.

In 2013, the college began further cultivating student leadership through the Walker Leadership Scholars program, endowed by Donna Walker (’79.) Two students from each class are selected for this competitive program and receive scholarship support as well as funding for academic and leadership development, career development, experiential learning and travel.

A spirit of resilience and forward thinking continues to flow through the college today. Our rich 150-year tradition has laid a solid foundation for many decades to come. As the practice of pharmacy continues to evolve so, too, will the education of our students. At the University of South Carolina, we will continue to uphold our legacy of educating pharmacists who make a difference in their patients’ lives and significantly impact the health needs of our state and country.