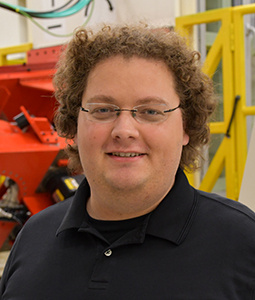 Dr. Wout De Backer is an assistant professor at the University of South Carolina. During his post-doctoral research, he was Program Manager for the Robotic Additive Manufacturing team at the McNAIR Center for Aerospace Innovation and Research. Dr. De Backer is a peer reviewer for the Computer Aided Design and Applications Journal (CAD&A) and currently has several pending patents. In 2016, he was awarded as one of the American Institute of Aeronautics and Astronautics (AIAA) and Aviation Week’s 20 Twenties, as he was recognized as one of tomorrow’s aerospace leaders for his contributions to the aerospace field, scientific research and the broader community. Dr. De Backer is an active professional member of AIAA, world’s largest aerospace technical society, and is currently the Region II Carolina section vice chair for the Columbia, SC area. In 2014, Wout co-founded the University of South Carolinas local section of AIAA, of which he is currently still faculty advisor.

Prior to his work at USC, Wout graduated from Delft University of Technology in the Netherlands with a Bachelors and Masters of Science in Aerospace Engineering. The focus of his studies during his Master’s degree was in composite structural design and aircraft design, during which he also spent a semester at the University of Kansas in 2012.

The core focus of the 3D printing team lead by Dr. De Backer at the University of South Carolina is on multi-axis 3D printing with continuous fiber and engineering thermoplastic matrix. The team therefore has extensive background in 3D printer design, automation, and composite design and analysis, and uses both off-the-shelf and in-house developed FDM/FFF style printers. Our current staff of researchers, is focused in the field of Fused Filament Fabrication (FFF) Additive Manufacturing. The team also has experience in manufacturing engineering thermoplastic filament/feedstock for 3D printers within the required tolerances, using in-house developed pellet extrusion and tow pultrusion systems. Through our group's industry contracts, the researchers have close relationships with companies that directly use or implement the developments brought by the research.