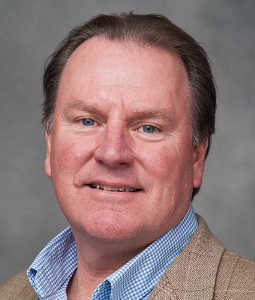 James A. Ritter, Ph.D., is the L. M. Weisiger Professor of Engineering and a Carolina Distinguished Professor in the Department of Chemical Engineering at the University of South Carolina. Professor Ritter has authored or coauthored over 142 peer-reviewed journal articles and holds two U. S. Patents in the areas of cyclic adsorption processes for gas separation and purification, hydrogen storage processes and materials, and magnetic field-enhanced processes for separations and targeted drug delivery.

He has served or is serving as a consultant for more than 20 companies, government agencies and national laboratories including ExxonMobil, Eastman Chemical, DOE, and the Pacific Northwest National Laboratory. He is also serving or has served on the Editorial Boards of four journals: Separation Science and Technology; Adsorption, Journal of the International Adsorption Society; Recent Patents in Chemical Engineering; and Industrial and Engineering Chemistry Research.

Professor Ritter has also been actively involved with the Separations Division of the American Institute of Chemical Engineers since 1991, serving most recently as a Director in the Division. He has also been involved with the Industrial and Engineering Chemistry (I&EC) Division of the American Chemical Society (ACS) since 1994, and in 2013 he began serving as the new I&EC Division Chair-elect. Professor Ritter was named a Fellow of the ACS in July 2012. At UofSC, Professor Ritter became the recipient of the 2012 UofSC Educational Foundation Research Award for Science, Mathematics, and Engineering, being only the third engineer to receive this award since its inception in 1984. He has also served as the Graduate Director in the Department of Chemical Engineering; and on the UofSC Committee on Named and Distinguished Professorships since 2009.