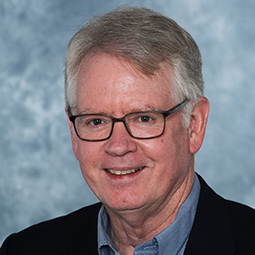 Professor Mike Matthews obtained his Ph.D. in 1986 from Texas A&M University. He joined the University of South Carolina in 1994. He teaches and conducts research in the broad field of thermodynamics, with projects related to hydrogen storage in chemical hydrides, biomedical engineering, and green chemistry. He has raised over $5M in research funding and has published approximately 70 journal papers. He has served as Department Chair, Associate Dean, and chair of the Industrial and Engineering Chemistry Division of the American Chemical Society (ACS). Currently he serves on the Committee on Environmental Improvement of ACS. He is a Fellow both of the American Chemical Society and the American Institute of Chemical Engineers.

Two major research thrusts are underway in his group. The first deals with applications of supercritical carbon dioxide for biomedical applications. Funding from the National Institute of Biomedical Imaging and Bioengineering has focused on development of novel technology for sterilization and disinfection of synthetic and natural biomaterials. Funding from the National Institute of Environmental Health Sciences (NIEHS) is aimed at abatement of indoor allergenic proteins and other respiratory hazards. Professor Matthews has founded CarboNix LLC with the aid of three SBIR grants from the NIEHS.

The second thrust is in utilization of chemical hydrides as a hydrogen storage medium, with application in PEM fuel cells. Funding from NSF and DOE has led to expanded understanding of the role of deliquescence in the reaction between water vapor and sodium borohydride. In addition, improved understanding of the hydration states of the reaction products is important in decreasing the total water utilization in this reaction.