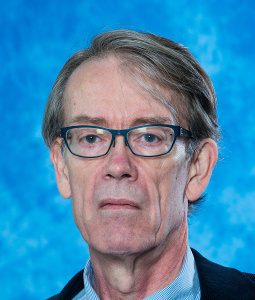 Professor Buell's recent work has been in electronic voting systems and in digital humanities. He has been part of a team that is auditing election data in South Carolina and discovering problems in the process that lead to uncounted votes and to the absence of data to support the vote totals certified by the state. In digital humanities, he is co-supervising work on Ward One App, a critical interactive for iPhone about “urban renewal” in Columbia SC and the University of South Carolina’s role in evicting residents of the Ward One neighborhood adjacent to the university, and is engaged in the analysis of First Year English essays for linguistic characteristics and improvement of writing pedagogy.

Professor Buell's past research interests included the algorithms and architectures for performing computations, such as those in discrete mathematics and text/string processing, for which traditional computer architectures oriented toward floating-point computations normally perform at a significantly reduced efficiency. One class of such problems are those computational problems in number theory for which fast integer arithmetic, often multiprecision arithmetic, is necessary. Another broad class of problems are those for which "custom computing machines" were devised. These include bit-oriented computations such as those done in string processing, and image processing computations, for which one often needs substantial parallelism, but for which 8-bit or 12-bit arithmetic is often sufficient accuracy. At IDA/CCS he directed the Splash 2 project building a custom computing machine that used Xilinx FPGAs as the compute elements and whose applications were programmed in VHDL.