For many years, researchers have studied the effects of resveratrol, a plant-based compound found in red grapes and peanuts, determining that it can provide beneficial effects in humans. Clinical trials have shown that resveratrol can improve cognitive function in people with cognitive disorders such as Alzheimer's disease but had controversial outcomes in different trials for unknown reasons. Therefore, resveratrol’s actions remained a scientific enigma.

Sajish Mathew, assistant professor in the Drug Discovery and Biomedical Sciences department of the College of Pharmacy, and his team have focused their efforts on resolving decades-long scientific mystery regarding the controversial outcomes of resveratrol and have now identified a new causal agent for Alzheimer’s disease which is independent of amyloid plaques. This study was supported by the National Institutes of Health-funded COBRE Center for Targeted Therapeutics, led by Dr. Igor Roninson at the College of Pharmacy.

“Drug development in the area of neurological disorders is very challenging, majorly due to our limited understanding regarding the molecular mechanisms of cognitive performance and memory formation,” says Mathew. “This study showed that an enzyme tyrosyl-tRNA synthetase (TyrRS), which is required for incorporating the amino acid tyrosine into proteins, is also involved in cognitive performance and memory formation in humans."

“Most importantly, this study shows that circadian (sleep-and-wake-cycle) regulation of serum aromatic amino acid levels (such a tyrosine derived from diet) have profound influence on TyrRS levels that we found to regulate key signaling pathways in cognition and memory. Remarkably, we found that the two forms of resveratrol, cis-resveratrol and trans-resveratrol, which binds to TyrRS in different ways, have the opposite TyrRS-mediated effects on memory and cognition. signaling pathways. Only the cis-resveratrol is responsible for the beneficial effects but that the commonly used trans-resveratrol is instead neurotoxic. Unfortunately, cis-RSV alone was never tested in any clinical trials, explaining why many clinical trials using the trans isomer of resveratrol failed.”

Megha Jhanji, the first author of the Nature Communications paper, who graduated in May 2022 with a Doctor of Philosophy in Pharmaceutical Sciences, was the first graduate student in Mathew’s  group.

“Megha played a critical role in establishing the differential effect of the two isomers of resveratrol in the neuronal context,” says Mathew. “Her commitment and dedication to the project were pivotal in the success of the project especially under the hardship of COVID-19 related situations.”

She established the rat neuronal cultures in the lab, which was essential to dissect the molecular signaling events associated with the two isomers of resveratrol and to identify the aromatic amino acid tyrosine as a causal agent for the depletion of neuronal TyrRS. Because serum tyrosine level is circadian regulated with the lowest serum levels during sleep, this neuronal culture system is currently being explored to understand the molecular signaling events at the biochemical level that are associated with cognitive functions and memory formation.

Her commitment and dedication to the project were pivotal in the success of the project especially under the hardship of COVID-19 related situations.

Jhanji was interested in the study to help differentiate between the effects of lower and higher doses of trans-resveratrol. This is because lower concentration trans-resveratrol gets converted to cis conformation in our body and thus provides the beneficial effects.

Jhanji also showed that factors that are produced during exercise (BDNF and dopamine) are also potent stimulators of TyrRS and associated signaling events. Therefore, she does not recommend that people should seek resveratrol through the consumption of red wine.

“I believe there would be more benefit through regular exercise and regular sleep that stimulate neuronal TyrRS and associated signaling events to help cognition and memory,” she says.

Igor Roninson, director of the Center for Targeted Therapeutics says Mathew’s study makes a compelling case that the contradictory results obtained in scores of clinical trials of resveratrol can be explained by the drastically different effects of the cis- and trans- forms of this compound.

“The answer provided by Sajish’s paper offers a new direction for the development of drugs that would mimic the desirable effects of cis-resveratrol. Such new drugs can be tested for the treatment of Alzheimer’s disease and possibly other disorders where low doses of resveratrol appeared to show promise,” he notes.

To learn more, review the article in Nature Communications online. 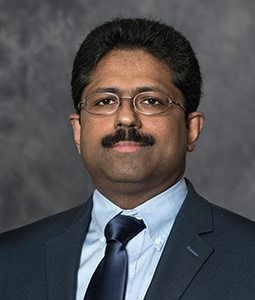