Since its founding in 2011, the Kennedy Pharmacy Innovation Center (KPIC) has positively impacted the lives and career aspirations of hundreds of University of South Carolina students and alumni.

KPIC continues to educate students about future pharmacy careers while equipping them with skills to meet the future challenges of the field. The center remains nimble in its ability to identify these challenges and provide students with business-focused skill sets needed to pursue entrepreneurial or alternative career paths. Thanks to the vision of founders Bill and Lou Kennedy, KPIC is a catalyst for revolutionizing pharmacy education by positively influencing the personal and professional fulfillment of future pharmacists.

The Kennedy Pharmacy Business and Entrepreneurship Program has steadily grown in recent years, offering a business track for students seeking knowledge beyond clinical and science education. Both options work in collaboration with South Carolina’s Darla Moore School of Business. There are currently 50 pharmacy students enrolled in KPIC’s business track.

KPIC has also partnered with Medicine Mart Pharmacy of West Columbia, a residency site since 2013, for a PGY1 Community-Based Pharmacy Residency Program. In addition, THE Pharmacy in Florence began service as a residency site in 2018, and Hawthorne Pharmacy in Columbia will become a new site starting this year.

Students interested in learning from young, successful entrepreneurs enjoyed participating in the first KPIC Innovation Summit held in January, while the Medisca Student Compounding Boot Camp provided 12 teams of pharmacy students the opportunity to compete in a series of compounding exercises to determine local winners, with the winning team taking first place at the national competition in March.

The Pharmacy Ownership Business Plan Competition is held in February to facilitate the development of the business planning process, develop creative practice models for the community pharmacy setting, and ultimately result in more pharmacy entrepreneurs. The top SCCP/USCCOP team is selected to represent the school in the Good Neighbor Pharmacy NCPA Pruitt-Schutte Student Business Plan Competition.

Residency partnership will remain a focus, as well, to further bolster an abundance of opportunities for development. KPIC recently secured a partnership with Premise Health, resulting in unique residency opportunities and highlighting the ongoing momentum in securing new partnerships that offer professional fulfillment for College of Pharmacy students.

“KPIC partnered with Premise Health in 2017 to start a two-year Community-Based Pharmacy Administration and Leadership residency program at their BMW plant in Greer,” KPIC Executive Director Patti Fabel says. “The resident pharmacists at this location are embedded in primary care and provide comprehensive medication management in collaboration with the medical providers. This program will be expanding to Premise Health’s Disney World location in 2019.” 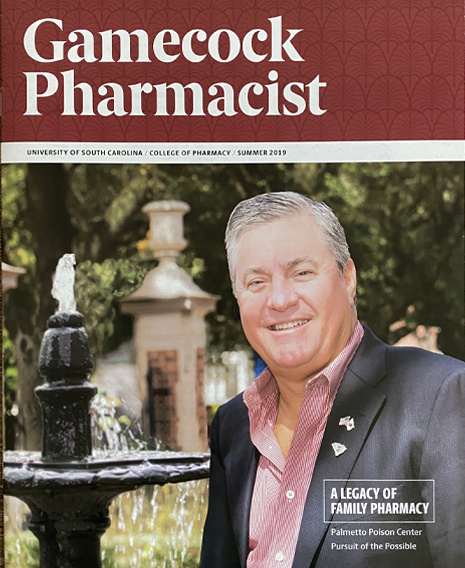