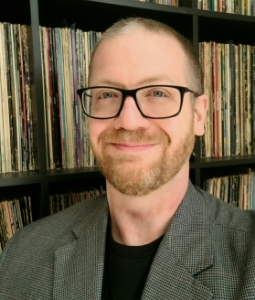 Mr. Polley has over twenty years’ experience in the music industry field.  He has nearly ten years’ experience in musical instrument retail, working clients and vendors such as Peavey, Fender, and ESP. Prior to moving to South Carolina, Mr. Polley ran a successful teaching studio in Decatur, Illinois, growing enrollment to over fifty students.  He was able to utilize his teaching experience and relationships with local educators and administrators to build partnerships with area middle and high schools, establishing after school guitar programs.  Mr. Polley is a co-founder of the Summer Guitar Camps at Millikin University, which were the spiritual predecessors to the very successful Rock Band U programs currently in place.

Living in Columbia since 2009, Mr. Polley has built a respectable resume of performances and fundraising activities.  He served as Trustus Theater’s Music Coordinator and Artist in Residence for the 2014-15 season, doing sound design as well as performing in the band.  Mr. Polley has almost two dozen musical theater credits locally.  He composed an original score for performances of “Love, Loss and What She Wore”, and was also the musical director for The Henderson’s Brothers Burlesque and Ragtime.  Mr. Polley has also partnered with various nonprofit organizations for the arts, helping to raise funds for Arts for Africa and Columbia Children’s Theater while in Columbia.

Mr. Polley joins the University of South Carolina faculty after being head of the Music Industry Program for from 2017—2020 and the Music Area Coordinator from 2018-2020 at South Carolina State University.  During his time at SCSU, Mr. Polley wrote a grant proposal that successfully secured funding for a new recording technology studio featuring an Avid Pro Tools HD system.  Mr. Polley was also responsible for the revisions and updates to the Music Industry Studies curricula and had served as the head of the NASM Reaccreditation Committee from 2018-2020.

When it comes to performing, Mr. Polley is no stranger to the stage.  Over the last twenty years, he has spent time on stage with professional travelling show bands, as well as performing in successful regional cover and tribute bands. Mr. Polley was the lead organizer and promoter for both EclipseFest and Columbia Rocks for Puerto Rico in 2017, splitting time behind the scenes and performing on stage.  He continues to perform locally and regionally while maintaining a small private teaching studio.