Our Chamber Music Residency with the world-renowned Parker Quartet brings a series of public concerts, masterclasses, community outreach and special opportunities for chamber music enthusiasts each fall and spring.

The Parker Quartet has been called “something extraordinary”

In celebration of its tenth anniversary as artist-in-residence with The University of South Carolina, the Parker Quartet will perform the complete Beethoven String Quartets over the course of six concerts in a special partnership with Historic Columbia.

These concerts featuring the complete Beethoven String Quartets performed by the Parker Quartet is a historic event, as they have never before been performed in Columbia, South Carolina. Holding the concerts in venues that existed during Beethoven’s lifetime adds to the uniqueness of this exciting endeavor.

The goal of the presenting the Beethoven Cycle is to bring chamber music to audiences old and new, near and far, expanding the reach of this beloved composer and the Grammy-winning artists who will perform his works. Thanks to a partnership with our friends at Historic Columbia, Trinity Episcopal Cathedral and Rutledge Chapel, the School of Music is paving the way for innovation through classical music by offering these concerts FREE to the public.

All concerts are free, but seating is limited. Click here to reserve seats.  Tickets

As you can imagine, an undertaking of this magnitude requires additional funding, so we invite you to be a part of the Beethoven cycle, a once in a life time event, by sponsoring the series, a concert, individual works or other needs of the Series. All donors will be recognized publicly, both in print and digitally. Please contact Audra Vaz for more information.

Our friend, fellow supporter and local artist, Christina Clark, has created a commemorative poster in honor of the Series.

About the Parker Quartet 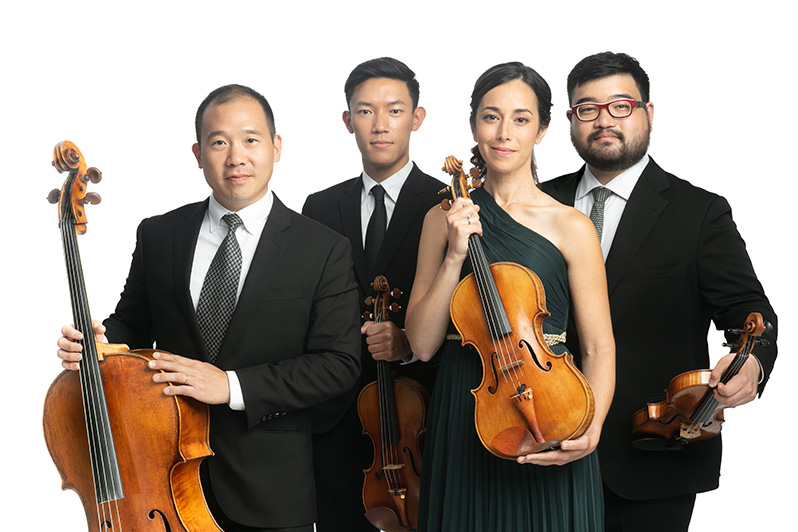 Internationally recognized for their “fearless, yet probingly beautiful” (The Strad) performances, the Grammy Award-winning Parker Quartet has rapidly distinguished itself as one of the preeminent ensembles of its generation, dedicated purely to the sound and depth of their music. Inspired performances and exceptional musicianship are hallmarks of the Quartet, having appeared at the world’s most illustrious venues since its founding in 2002.

This season the Quartet marks their 20th anniversary with The Beethoven Project, a multi-faceted initiative which includes performances of the complete cycle of Beethoven’s string quartets; the commissioning of six composers to write encores inspired by Beethoven’s quartets; the creation of a new video library spotlighting each Beethoven quartet; and bringing Beethoven’s music to non-traditional venues around the Quartet’s home base of Boston, including homeless shelters and youth programs.

Additionally, the Quartet regularly collaborates with a diverse range of artists, including pianists Menahem Pressler, Orion Weiss, Shai Wosner, Billy Childs, and Vijay Iyer; members of the Silk Road Ensemble; clarinetist and composer Jörg Widmann; clarinetists Anthony McGill and Charles Neidich; flutist Claire Chase; and violist Kim Kashkashian, featured on their recent Dvořák recording. The Quartet also continues to be a strong supporter of Kashkashian’s project Music for Food, participating in concerts throughout the United States for the benefit of various food banks and shelters.

Recording projects continue to be an important facet of the Quartet’s artistic output. Described by Gramophone Magazine as a ”string quartet defined by virtuosity so agile that it’s indistinguishable from the process of emotional expression,” their newest release for ECM Records features Dvořák's Viola Quintet as well as György Kurtág's Six Moments Musicaux and Officium breve in memoriam. The Strad also declared the album as “nothing short of astonishing.” Under the auspices of the Monte Carlo Festival Printemps des Arts, they recorded a disc of three Beethoven quartets, of which Diapason “admired the group’s fearlessness, exceptional control, and attention to detail.” The Quartet can also be heard playing Mendelssohn on Nimbus Records, Bartók on Zig-Zag Territoires, and the complete Ligeti Quartets on Naxos, for which they won a Grammy Award for Best Chamber Music Performance.

In addition to residency at the University of South Carolina, the members of the Parker Quartet serve as Professors of the Practice and Blodgett Artists-in-Residence at Harvard University’s Department of Music. They spend summers on faculty at the Banff Centre’s Evolution: Quartet program.

For more information about the Parker Quartet, visit their website.

About the Chamber Music Residency

This Quartet-in-Residence Program has received support from the Chamber Music America Endowment Fund, grants from the USC Provost's Office, and donations including an anonymous $100,000 challenge gift to create a permanent endowment for the string quartet residency, the Jesselson Family Endowment Fund.

Our goal is to match this gift dollar for dollar in order to receive the full amount, bringing the total endowment to $200,000. Please let us know if you would be interested in helping us to meet this challenge!

Be a part of something extraordinary. Your donation helps keep the music playing. 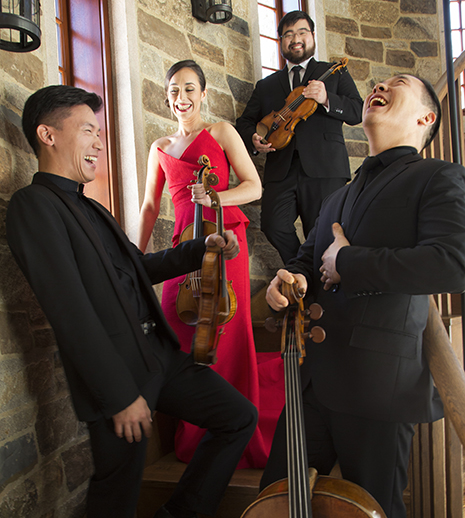 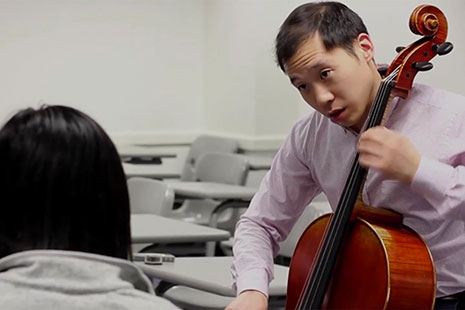 The Grammy Award-winning Parker Quartet brings their virtuosity to USC’s music school for a week-long residency program each semester.