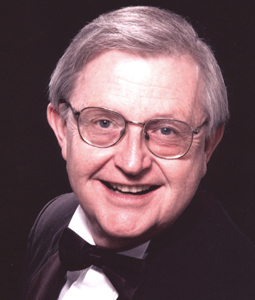 In the fall of 1964 Larry Wyatt signed his first teaching contract and has been engaged in teaching since. That first position was as elementary band director and eventually high school chorus director. Working with the high school chorus was a life changing experience. Following his master’s degree in Choral Music Education, he accepted a position as choral director, voice teacher and assorted brass instruments at then CFJC in Ocala, Florida (1966-69.)  The U.S. Army decided it needed him to defend the country against bad band music and made him a rehearsal band director at the Armed Forces School of Music (1969-71.)  He then enrolled in the doctoral program at Florida State and shared a part time elementary teaching job with his wife Susan, who supervised his teaching.

After a year in an interim choral directing position at the University of Houston, he joined the faculty at Loyola University in New Orleans. While there he founded the New Orleans Symphony Chorus and an annual Collegiate Choral Festival.  Active in the American Choral Directors’ Association, he served in a number of offices including President of the Southern Division. His Loyola Choir performed on two Division and one National Convention and toured internationally four times.

In 1987 he was appointed Director of Choral Studies at USC. Continuing work in the professional association his USC Concert Choir has been a headliner on two division conventions and he co-directed the Ecumenical Service at a national convention. The Palmetto Mastersingers were also selected to perform on one convention. He is one of the most published active choral director authors in professional journals and was interviewed and published in “In Quest of Answers, Interviews with American Choral Directors “ by Carole Glenn, published by Hinshaw Publishers. He edits a series for American Voices for Alliance Music Publishers. At USC he is in charge of the DMA and MM degree programs in choral conducting. Of approximately 45 graduates of the doctoral program 40 are in university teaching positions.

He and his wife Susan have one son Benjamin who is a professional cellist/teacher. They have two grandsons, four-year-old Charlie, who is an aspiring cellist/astronaut and Henry, who is working on his crawling.