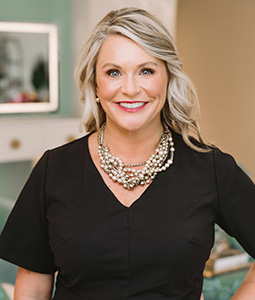 A 1993 graduate of the University of South Carolina Honors College, Jablonski studied journalism and music (saxophone), performing in USC’s Symphonic Band, Wind Ensemble, Left Bank Big Band jazz ensemble, the USC Marching Band and the USC saxophone quartet. During her time at Carolina, Jablonski performed at the North Sea Jazz Festival and the Montreux Jazz Festival in Europe with a jazz ensemble that included several USC students. She was also part of the USC Symphonic Band that toured Europe in 1989.

After graduating from USC, Jablonski worked for Radford University, Virginia Tech, and for a technology firm at the Virginia Tech Corporate Research Center in positions in higher education administration, public relations, journalism and marketing. Music continued to be an important part of her life, as she performed with the Riverboat Ramblers, Big Dog and the Fat Cats, Wohlfahrt Haus, Blue Ridge Swing Revue, the Richmond Symphonic Winds, Summer Musical Enterprise and the Blacksburg Community Band. She has performed as a soloist and has also served as a music instructor and adjudicator in South Carolina, North Carolina, and Virginia.

Jablonski was named the 2008 winner of the USC Freshman Advocate Award, an award given to USC faculty or staff in recognition of positive impact on new students' lives at USC. She is an Honorary Member of Kappa Kappa Psi, national honorary band fraternity; adviser and "Friend of the Arts" member of Sigma Alpha Iota, international music fraternity; and an alumna of Tau Beta Sigma, national honorary band sorority. She is the co-founder and School of Music liaison to the USC Music Community, an on-campus residential area for music majors and minors.

She co-presented the session “Recruitment and Retention: Establishing Pipelines, Managing the Cohort, Stemming Enrollment Decline” at the National Association of Schools of Music’s 95th Annual Meeting in November 2018 in Washington, DC. She presented along with Fred Peterbark, Director of Music Admission at Ithaca College.