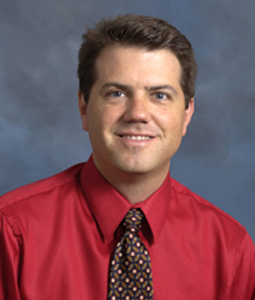 Dr. Scott Herring currently holds the position of professor of percussion at the University of South Carolina. At USC, Herring directs the Percussion Ensemble and the Palmetto Pans Steel Band. He holds a Bachelor of Music degree from East Carolina University and a Masters degree and Doctor of Music degree from Northwestern University. While residing in Chicago, Herring performed with the Civic Orchestra of Chicago and was a member of the Northwestern University Graduate Percussion Quartet, which traveled to Germany and London for performances. Herring frequently appears as a guest artist with university percussion ensembles across the U.S. and has presented concerts and clinics at PASIC 1996, 2002, 2006 and 2011. In addition, the University of South Carolina Percussion Ensemble was selected as a winner of the 2012 International Percussion Ensemble Competition. Herring is an endorser of Malletech Instruments and mallets, Zildjian Cymbals, Grover Pro Percussion products and Remo Drumheads.

Herring also performs with USC saxophone professor, Clifford Leaman, as the RoseWind Duo. They have given numerous performances and clinics at universities across the country and have been invited to perform at many professional conferences, including the 2007 NASA Region 7 Conference in Greensboro, N.C., the 2007 South Carolina Music Teachers Association State Conference, the 2007 and 2010 International Navy Band Saxophone Symposium and the 2008 Biennial Conference of the North American Saxophone Alliance. In May 2010, they also traveled to France and Spain for two weeks for a series of concerts and clinics, and in December 2010, they were featured artists at The First International Wind and Percussion Festival in Beijing, China. In August 2011, the duo traveled to Yantai, China for a series of clinics and concerts. Recently, RoseWind gave a featured concert at the 2012 World Saxophone Congress in St. Andrews, Scotland. The duo has also been invited to present a performance/clinic at PASIC 2012 in Austin, Texas. Their debut CD, Release, is available from Equilibrium Records.

Herring, in collaboration with Susan Powell and Joseph Krygier, also performs with the Shiraz Percussion Trio. The group is dedicated to performing contemporary works for percussion ensemble as well as music created by members of the group. The Shiraz Trio has performed at numerous universities, music festivals and Percussive Arts Society Days of Percussion throughout the U.S.