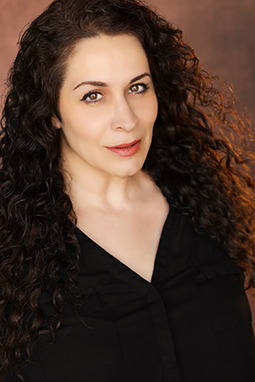 Kurdish-American artist Michelle Moslemi-Haché has been an award-winning vocal instructor for over 16 years, specializing in crossover, contemporary musical theatre, and classical voice. Currently, Ms. Haché is the Instructor of Musical Theatre at the University of South Carolina School of Music, and she is the Artistic Director of the UofSC Musical Theatre Summer Intensive college preparatory program.Haché also serves as Artistic Director of Gilbert & Sullivan Austin and ASMC Austin. Previously, she was the Director of Opera and Musical Theatre and Assistant Professor of Voice at the University of Mary Hardin-Baylor, as well as a Lecturer of Applied Voice at Texas State University. Haché received seven B. Iden Payne award nominations for both performance and directing, winning in 2010 and 2013 for leading roles, and again in 2016 for Best Director of a Musical Production. Haché’s voice can be heard on recordings featuring Broadway, classical and classical fusion. Ms. Haché regularly offers lectures in crossover pedagogy and musical theatre industry trends at regional and national conferences. She is an active member of The Juilliard Teacher Directory, The National Association of Teachers of Singing, OPERA America, The American Alliance for Theatre and Education, SCTA and SETC. Ms. Haché has been a national adjudicator for the NATS and Hal Leonard Vocal Competitions, and has reviewed for The Austin Chronicle and Broadway World. Studio members continue to earn placement in leading conservatories and young artist programs, top placement in national vocal competitions, and casting in Broadway productions and tours.Ms. Haché holds a Graduate Diploma in Voice from The Juilliard School, an MM in Musical Theatre from Oklahoma City University, and a BFA in Musical Theatre from Jacksonville University.