The Mulberry Mound Site is a large, multiple mound and village complex located on the Wateree River near Camden, South Carolina. Once part of a near state-level chiefdom that occupied the Wateree Valley between 1300 AD and 1700 AD, it is thought to be the site of the chiefdom of Cofitachequi.  Cofitachequi was visited numerous times in the 16th and 17th centuries by Spanish exploation parties, including Lucas Vazquez de Ayllon, Hernando de Soto, and Juan Pardo. The one remaining mound has been eroding into the Wateree River for more than a century.  A second mound was obliterated by agricultural practices and a third mound and associated village site was bulldozed into a nearby creek. The site has been subject to investigations by the University of South Carolina Department of Anthropology since 1973.  During 1985 and 1988, staff of the MRD surveyed the river and creek adjacent to the site and conducted a survey of the Wateree River both up and downstream of the site to collect comparative cultural materials and locate other mound sites. In all, more than 5000 prehistoric and historic artifacts were recovered. 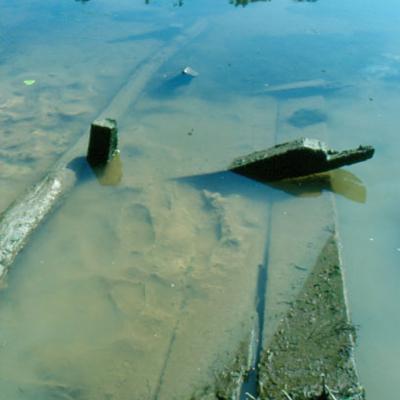