Bound for Savannah, Georgia during an ice storm in February of 1899, the merchant steamer SS William Lawrence wrecked on the shoals of Port Royal Sound. The Lawrence was carrying a variety of consumer goods from furniture to South Carolina Dispensary bottles. Built in East Boston, Massachusetts in 1869 for the Merchants and Miners Transportation Company, the iron-hulled merchant ship steamed its way along the East Coast between Boston and Baltimore, and later Baltimore and Savannah until its demise on the shoals. The SS William Lawrence was the first steamer to be equipped with a surface condenser and was the company's first steamer with an iron screw propeller. The Lawrence is listed in the National Register of Historic Places. 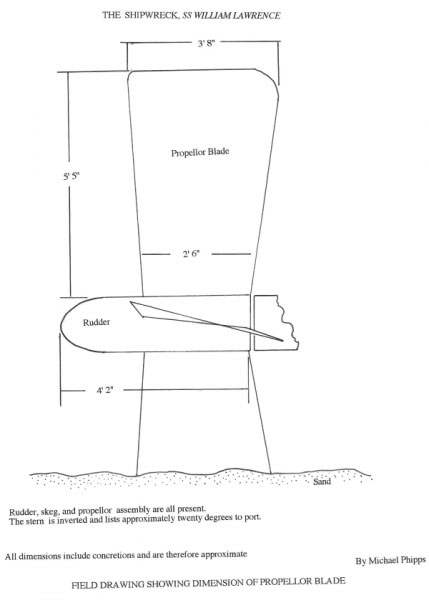