Janzen asserts that cinematic reactions act as social commentaries on national events. The government-funded assassinations of civilians in the 1960s and ’70s, for example, are alluded to in films where religious influences attempt to mythologize Mexico’s past.

Notable motifs Janzen examines include how:

The driving questions behind Janzen’s research for Unholy Trinity are “How much power does the state have?” and “How does it use its power?” A grant from the Walker Institute of International Studies at the University of South Carolina funded Janzen’s travels to Mexico to search film archives and answer these questions.

In her earlier academic exploration of spirituality and religion, Liminal Sovereignty, Janzen looked at relationships between Mennonites, Mormons and the Mexican government, including instances of murder and scandal in Mexico’s LaBaron Mormon community. Culturally, the LaBarons are often viewed as “perfect victims” even though their polygamous practices are illegal. In Unholy Trinity, Janzen further questions the Mexican government’s unusual accommodation of illegality when religion is present.

“I look at the interplay between state, church and film to think about how state funding for film complicates the portrayal of religion and how sometimes religious figures stand in for state figures because it is less controversial to criticize them,” Janzen says.

Unholy Trinity will be available Sept. 1, 2021, through SUNY Press here, 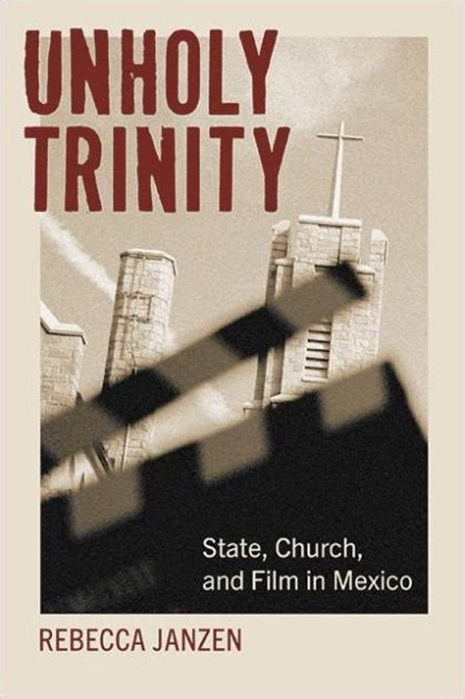