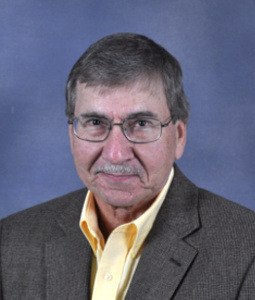 Our laboratory is studying the structure and function of a group of blood proteins which are components of the human "complement system." The complement system is composed of about 35 different proteins, enzymes, and regulatory molecules that interact to provide host defense against bacteria and other pathogenic organisms. One product of these interactions is C5b-9, a large protein complex composed of complement components C5b, C6, C7, C8 and C9. The C5b-9 complex is also referred to as the "membrane attack complex" (MAC) of complement because it forms a transmembrane pore on target cells. Formation of this pore disrupts membrane organization and contributes to bacterial cell killing. Assembly of the MAC is of biochemical interest because it occurs by a sequential, nonenzymatic mechanism and involves major hydrophilic to amphiphilic transitions by the constituent proteins. The binding interactions involved are complex and determined by distinct structural features on each protein. One goal of our lab is to identify those features.

Current efforts are focused on the physical and structural characterization of human C8 and analysis of its interaction with the other MAC components. Human C8 is an unusual protein composed of three nonidentical subunits referred to as α , β and γ. Through cDNA cloning and sequencing, we determined the complete amino acid sequence of C8 and gained valuable insight into how this protein functions. Specific roles for α and β have been identified and it appears that each subunit contains several different binding sites. We also determined that α, β and γ are encoded in different genes. Genomic structures of α and β indicate these proteins share a close ancestral relationship to each other and to C6, C7 and C9. By contrast, γ is a member of the "lipocalin" family of proteins, and its role in the complement system is unknown.

Our study of human C8 utilizes the methods of modern biotechnology. All three subunits have been cloned and expressed as recombinant proteins in insect and mammalian cells. Truncated forms of α and β as well as full-length γ have also been produced in E. coli and used to investigate the location and properties of key binding sites. Several regions have been identified as being important in interactions with other components of the MAC, and with membrane proteins that regulate MAC activity. We also recently determined the X-ray crystal structure of human C8, a very large (150 kDa) protein. The structure suggest that human MAC proteins use a mechanism of pore formation that is similar to one used by bacterial pore-foming proteins, i.e. the cytolysins. By further exploring these and other structure-function relationships within the MAC proteins we hope to gain a better understanding of MAC formation and function. Such information will be useful for developing inhibitors of the MAC and for engineering MAC analogues that could destroy undesirable cells, e.g. tumor cells.