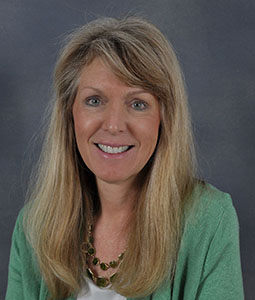 Background: Drinking water disinfection was a triumph of the 20th Century, allowing the prevention of many waterborne illnesses, such as cholera and typhoid. However, an unintended consequence of killing harmful pathogens in water is the formation of DBPs in drinking water, many of which have been found to be toxic and/or carcinogenic. Human epidemiologic studies conducted in the U.S. and in other countries have shown increase risk for bladder cancer, miscarriage, and birth defects in some locations, and the DBPs responsible for these effects are currently not known. In addition, people can be exposed to DBPs in swimming pools and spas, and there is interest in what chemicals are formed in these scenarios.

DBPs are formed when disinfectants (e.g., chlorine, chloramines, ozone, and chlorine dioxide) react with naturally occurring organic matter, bromide, and iodide. They can also form through the reaction of disinfectants with anthropogenic contaminants, such as pharmaceuticals and personal care products, hormones, pesticides, and other contaminants. For example, my group made the recent discovery that compounds used for medical imaging (X-ray contrast media) can react with chlorine or chloramines in drinking water treatment to form iodinated DBPs, which are the most toxic DBPs identified to-date. X-ray contrast media are non-toxic to humans in their parent form, and are excreted within ~24 hr. They subsequently enter a wastewater treatment plant and are very resistant to degradation, such that high levels are released to rivers and streams (up to 100 ppb) and can enter drinking water source waters to form these highly toxic DBPs.

This source-to-tap scenario is one of the new research areas of our group, where we are studying the fate of emerging contaminants through wastewater treatment, to drinking water source waters, and transformation in drinking water treatment. Our research has expanded to not only include an emphasis on protecting human health, but also ecological health, as transformation products formed in disinfected wastewater can also adversely impact ecological health. As we understand the formation of these DBPs and transformation products, we can ultimately find ways to remove them or minimize their formation.

Experimental approach: We use gas chromatography (GC)/mass spectrometry (MS) and liquid chromatography (LC)/MS techniques to identify and measure DBPs and other transformation products in drinking water and other treated waters. Mass spectrometry is an ideal analytical tool for measuring trace levels of compounds in complex environmental matrices, and we utilize several different ionization modes as well as high resolution-MS. We also use total organic halogen (TOX) analysis and ion chromatography.

Current research: My current research continues to investigate impacts of DBPs, including determining the forcing factors of toxicity in drinking water, as well as DBPs from desalination.

We are also investigating novel algal toxins from harmful algal blooms and transformation of emerging contaminants during advanced oxidation treatment for water reuse. We are also developing new analytical methods to enable improved extraction and measurement of contaminants in complex matrices.