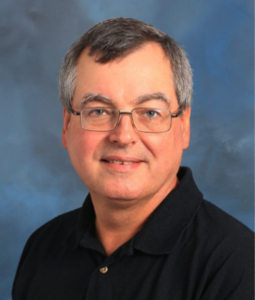 Optical spectroscopy is a potent tool for investigating chemical and biological systems. However, many systems of interest are heterogeneous – they consist of particles, films or films on particles. Often they are not pure samples, but consist of mixtures of particles. These are challenging samples on which relatively little work has been done. A series of projects over the last several years have lead our group into a greater and greater appreciation for the optics of particles and films. The following sections describe three projects we are currently pursuing with federal funding in the area of particle and film spectroscopy.

Characterization of phytoplankton community composition is critical to understanding the ecology and biogeochemistry of the oceans, including the ocean's response to global climate change and health issues related to coastal eutrophication. Phytoplankton use photosynthesis to produce fixed carbon and are thus key players in pelagic food webs. Many phytoplankton species also form harmful algal blooms (HABs) and can release toxins into the environment that create health problems or kill fish, marine mammals and humans.

The traditional method for identifying phytoplankton species is light microscopy. The invention of electron microscopy increased our resolution power considerably, but both of these approaches require extensive training of the operator in algal taxonomy, and preparation and examination of samples is tedious and time consuming. More automated, image-based identification techniques are under development, but generally are not as accurate as the human eye. Chemotaxonomic (HPLC-based) approaches, where biomarker photopigments are used along with matrix-based algorithms, are faster and require less taxonomic training to identify phytoplankton, but samples still need to be extracted before data are acquired.

Fluorescence spectroscopy, using excitation and/or emission spectra, provides a non-invasive, non-destructive alternative approach to pigment-based identification, and phytoplankton can be examined intact. With this approach, chlorophyll a (chl a; found in all phytoplankton) and accessory pigments (carotenoids and/or accessory chlorophylls depending on the algal taxa) are excited by a broad spectrum lamp and the resulting fluorescence of chl a is detected near 680 nm. The usual approach involves analyses of bulk water samples. These, however, may be confounded by interference from fluorescence of chromophoric dissolved organic matter (CDOM) or suspended (non-living) particulate matter in the surrounding medium. The research groups of Prof. Timothy Shaw and Prof. Tammi Richardson (Biological Sciences) have been working with us to address this problem.

With NSF support, these three research groups have collaborated to develop a ship-board instrument based on the technique of multivariate optical computing.

We are working in collaboration with the Morgan research group to develop improved methods for visualizing biological fluids and residue at crime scenes.

Fourier transform infrared spectroscopy (FTIR) is a promising detection method for biological materials because of the distinctive chemical nature of biological solids. We have recently demonstrated a thermal infrared reflectance approach to visualizing and using chemical contrast for the detection and determination of protein-like stains, published in a series of reports in the journal Analytical Chemistry. At present, we are developing prototype instruments for future, and improving on the hardware and software developed in our first demonstration project.

Image 5 in Photo Gallery: Multimode thermal imaging. (bottom left) This image is a "conventional" thermal image of a fabric attached to a piece of plywood. The bright circular object on the right is a reflectance standard for comparison. A dark circle in the center of the fabric marks the position of a screw head beneath the fabric. (top left) This is the same scene as the bottom left, but analyzed with an AC technique that gives reflectance instead of emittance. A polymer film applied to the fabric in the shape of the USC logo is revealed. In addition, the grain of the wood is visible. (top right) The same scene as in the top left, but viewed through a cast film of the same polymer. The contrast of the polymer on the fabric has been reduced. (bottom right) A ratio image made with the two top images.