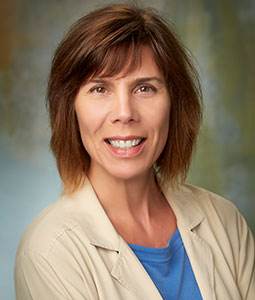 Erica Tobolski is a voice and speech trainer who has coached voice/text/dialects for professional theatres such as the Tony Award-winning Utah Shakespeare Festival (9 productions, 2004-06), the Clarence Brown Theatre (Spamalot, 2014; Sweeney Todd, 2012; Tartuffe, 2011; Major Barbara, 2007), Charlotte Repertory Theatre (The Beauty Queen of Leenane, 2000), and The Lost Colony outdoor drama (2010, 2011, 2012).  She was Dialect Coach for the independent film The Wise Kids, released in 2011. She served as dialect consultant for productions at the Edinburgh Fringe Festival, Pegasus Players in Aspen, CO and for the radio play Merry Go Round heard on NPR.

Currently a Professor at the University of South Carolina, she teaches acting, voice, speech, dialects and voice-over skills. She has coached voice, dialects and text for over 35 productions at the University of South Carolina. As a Teaching Fellow for the Center for Teaching Excellence at USC she has taught numerous workshops and several short courses for faculty on vocal presence and is a member of the Walker Institute of International Studies.

Prior to taking the position at the University of South Carolina, Tobolski was on the faculty at Ball State University in the Department of Theatre and Dance Performance. There she taught acting and voice, directed A Streetcar Named Desire and The Baltimore Waltz and created the voice and speech curriculum.

As Distinguished Visiting Professor at Universiti Teknologi in Malaysia she taught acting and voice for the Fakulti Artistic and Creatif Teknologi in 2008-09.  She also served as voice and acting coach on Mimpi, or A Midsummer Night’s Dream performed in the Malaysian language at the National Theatre in Kuala Lumpur, Malaysia. She returns to Malaysia to teach for a semester in 2015 at the National Academy of Arts, Culture and Heritage.

Publications include cover articles in The Voice and Speech Review: “Cultural Crossover:  Teaching from a Western Perspective in an Islamic Environment”; “The Greek Messenger Speech as Training Paradigm”; “Opposite Gender Monologue:  Expanding Vocal Range”; and “Coaching the Television Journalist,” Her chapter “The Portrait Project,” was included in the VASTA Voice and Speech Exercise Book, Janet Rodgers, Ed, and she is included in the book In Rehearsal: In the World, in the Room, and On Your Own, by Gary Sloan.

A frequent presenter of workshops and panels at national and international conferences, she most recently chaired a panel in London on coaching actors and clients through videoconferencing platforms, entitled “Virtual Coaching:  The Next Best Thing to Being There.”

A member of the Voice and Speech Trainers Association (VASTA), Tobolski held the positions of Associate Editor and Editor of the VASTA Newsletter.