The Board of Visitors of the College of Arts and Sciences garners community and financial support to enable the college to progress along a broad range of activities, including funding research, creating endowed chairs, improving faculty salaries, attracting a larger number of more qualified students, and providing needed services to the state and nation.

Peg Averyt is a native of Columbia, South Carolina, and she received a B.S. in business from the University of South Carolina. She worked at Five Points Savings and Loan and WCSC TV in Charleston before marrying Gayle Averyt, former CEO of Colonial Life and Accident Insurance Company. After her children were grown, she followed her dream and opened a shop specializing in fine teas, gifts, local art, and findings from her worldly travels called Finleaf. Peg's warm and vibrant personality, along with her creative spirit, has been a great addition to Devine Street. She is also on the board of the USC School of Dance.

Bruce Baganz is a business executive in oil and natural gas exploration & production based in Houston, Texas. He is President of Security Energy Company, concentrating on private oil and gas investments. He received his Ph.D. (1979) and his M.S. (1975) in geology from USC. Bruce is also president of the Board of Trustees of The Textile Museum in Washington, D.C., an international center for the exhibition, study, collection and preservation of the textile arts. The institution maintains an acclaimed collection of more than 17,000 textiles and rugs that date from 3,000 BCE to present.

Colonel Christian Becht, who strongly believes that the study of local history provides a community with a sound foundation for cultural and economic growth, received both his B.A. and M.A. in history from the University of South Carolina. After being commissioned in the United States Air Force Reserve and serving in Southeast Asia, Christian began pursuing an M.B.A. from Georgia State University while simultaneously working as an archivist with the Georgia Department of Archives and History and as a member of the Georgia Air National Guard. Once he had completed his M.B.A., he accepted a position with AT&T/Southern Bell while also building a parallel career with the Air Force Reserve.

Daniel Bouknight, a Greenville, SC, native, graduated from the University of South Carolina, School of Medicine with his Doctor of Medicine in 1993. Board certified in internal medicine, cardiovascular disease, and interventional cardiology, Daniel has been employed with Columbia Heart Clinic since 2000, and he serves the local community as a member of the Board of Trustees at Sisters of Charity Providence Hospitals. During his years of private practice, he has demonstrated a commitment to excellence in medicine and cardiology.

Richard M. Currence spent 36 years of his career in the offshore marine service business providing services to major independent and national oil companies, as well as offshore drilling contractors, construction companies, and geophysical companies. He served as an executive at Gulf Fleet Marine Corporation, Zapata Gulf Marine Corporation and Tidewater Marine Service. He has been involved internationally in marine organizations, such as the Marine Service Association of New Orleans, International Vessel Owners Association based in London and the National Ocean Industries Association of Washington, D.C.

Matthew Heric is the Chairman and CEO of IAVO (International Association of Virtual Organizations, Inc.) Research and Scientific, an engineering and software development firm which offers a unique blend of technical and business knowledge. IAVO recently donated 400 licensed copies of its GeoGenesis geographic imaging and modeling software to the University of South Carolina, along with five years of support and maintenance. Matt earned his M.S. in geography in 1987 from the University of Carolina and a Ph.D. from Virginia Tech in Education in 1996.

Tommy Hickman earned his B.S. in chemistry from the University of South Carolina. He is Senior Vice President - Manufacturing for R.J. Reynolds Tobacco Company. Certified as a quality engineer, he is a board member for the Piedmont Section of the American Society for Quality. Tommy is also a member of the Educational Foundation Board and Alumni Association Board of Governors at Carolina. He was awarded the 2001 Distinguished Young Alumnus Award by USC, and in 2003, he was given the Excellence in Leadership Award for community service by the Salvation Army Boy's Club.

Born in Evanston, IL, Joyce Hill received her degrees from Northwestern University (B.A.) and Duke University (M.A.T.) before starting her career as an English and journalism teacher at Durham High School. Since moving to Blythewood, SC, where she and her husband live on a horse farm, Joyce has become an active volunteer and member of the Columba community. Among her interests are the Columbia Museum of Art, the Columbia City Ballet, and the Historic Columbia Foundation.

John Hoey received a B.A. in English Literature from the University of South Carolina and an M.B.A. at the State University of New York. With over 23 years in the private sector with growth-oriented publicly-traded companies, John is currently President and Chief Executive Officer of the Y of Central Maryland. In this role, he oversees the growth and development of one of the 30 largest independent Y organizations in the United States. He previously served as President of Progressus Therapy, a leading national provider of school-based and early intervention special education services across the country.

Scott Howell is a 1983 graduate of the University of South Carolina. He is CEO of Scott Howell & Company and The Wolf Group based in Dallas, Texas. The two firms specialize in corporate advertising, political advertising and grassroots consulting. TWG has created winning campaigns for the Texas Rangers Baseball Club, the Dallas Cowboys as well as grassroots efforts for companies like American Airlines. Scott Howell is also recognized as one of the top political media strategists in the country. He's worked on numerous high profile campaigns including Presidential campaigns for George W. Bush and Rudolph Giuliani as well as dozens of successful congressional campaigns including both of South Carolina's United States' Senators.

Carol J. Kososki is a community activist and the retired Executive Director of the South Carolina Occupational Information System (SCOIS), a statewide computer network for career information in some 1500 sites in South Carolina. She retired from South Carolina state government after 37 years of service. She served in the governor’s office during two administrations and later founded SCOIS to assist career decision-makers with up-to-date college catalogue, jobs, and financial aid information which is available on University of South Carolina campuses. She holds B.A. and M.A. degrees in French from the University of Wisconsin and an M.B.A. degree from Emory University. She also earned the Certified Internal Auditor credential.

Gail Morrison completed her B.A. in English at Denison University and her M.A. in English at the University of Michigan. Upon completing her Ph.D. in American Literature from the University of South Carolina in 1980, she taught at both Midlands Technical College and Carolina as an adjunct faculty member. In 1984, she joined the S.C. Commission on Higher Education, where she would go on to hold a number of positions, including Director of Academic Affairs and Student Services, and Interim Executive Director. Gail also served as lead staff member for the S.C. Centers of Economic Excellence/Endowed Chairs program.

John Parry completed his B.A. in English from the University of South Carolina and an M.B.A. from Pace University. He is currently President and Chief Executive Officer of Solix, Inc., a government and commercial process outsourcing provider. He has more than 40 years of experience including serving as President of Bell Atlantic Network Systems and Vice President of the Bell Atlantic Global Systems Company (now Verizon). A Lieutenant of the United States Navy, Parry served in Vietnam with various assignments including Surface Warfare, Aviation, Logistics and Intelligence tasks. He retired from the Navy Reserve as a Captain in 1990.

Carolyn Polston attended Carolina as a National Merit Scholar. She received a B.S. in mathematics and computer science in 1973 and a M.S. in mathematics in 1975. After 15 years in Information Technology and Management Information Services, Carolyn began her current career as a Financial Advisor with Edward Jones in Wilmington N.C in 1990. In May 2000 she was featured as the cover story for Registered Rep Magazine, which named her as one of the top 10 Outstanding Brokers in the nation. Carolyn also serves on the Executive Advisory Board for the Cameron School of Business at UNC in Wilmington.

Marva Smalls, who received a Master of Public Administration and a B.A. in political science from the University of South Carolina, started her career in the private sector and was Chief of Staff for South Carolina Congressman Robin Tallon for ten years. Currently, Marva is Executive Vice President of Global Inclusion Strategy for Viacom and Executive Vice President of Public Affairs, Chief of Staff for Nickelodeon Networks Group. Under her tenure, Nickelodeon’s pro-social campaigns have been recognized by presidential administration and supported by top names in the entertainment industry.

Cary Smith attended USC where he received a B.S. degree in mathematics in 1966. He joined IBM in 1967 and during his 25 year career there he held sales, management and executive positions in numerous locations. Following his retirement from IBM he joined the Independent College Foundation of SC serving as its Executive Vice President for four years. In 1997 he joined United Way of the Midlands as its President and in 2005 became President of the Palmetto Health Foundation. His work in the not for profit sector has been focused on human services and education, an area for which he feels a great level of commitment.

After completing his B.A. in international studies from USC in 1970, Glenn Tilton joined Texaco Inc. and served in various marketing, corporate planning and European downstream assignments of increasing responsibility. He is now Chairman, President and Chief Executive Officer of UAL Corporation and United Air Lines, its principal subsidiary company. Prior to joining United in 2002, Tilton was vice chairman of the board of directors of ChevronTexaco, as well as interim chairman of Dynegy Inc. Previously, he served as chairman of the board and chief executive officer of Texaco Inc., a position he assumed in February 2001.

Henrie Treadwell's educational background includes a bachelor's degree in biology from the University of South Carolina, in which she enrolled as the first African American student as a result of a desegregation lawsuit. She later received her M.S. degree from Boston University and her Ph.D. in biochemistry an molecular biology from Atlanta University. She is Senior Social Scientist and Associate Director of Development in the National Center for Primary Care at the Morehouse School of Medicine. Prior to this she served for 16 years as program director at the W.K. Kellogg Foundation.

Mark earned his B.S. in marine science from USC in 1976. As Director in the South and North Carolina territory for Expense Reduction Analysts, Will is focused on improving the profitability of clients located in the two state regions. He is active in supporting both client management and analytical requirements with a keen focus on their overall satisfaction and financial success. Prior to joining ERA, he served in executive roles at Milliken & Company, a recognized quality leader in manufacturing textiles and chemicals.

Gerald Wilson is a retired general and peripheral vascular surgeon who also serves as a clinical instructor in the UofSC School of Medicine’s Department of Surgery. He has a strong record of leadership in the medical community, and he has been a champion for minority and women’s health issues. He earned a bachelor’s degree in biology in 1971 from the University of South Carolina, where he was the first African American to enroll in and complete the university’s honors program. He received his M.D. degree from the Medical University of South Carolina (MUSC) in 1974. 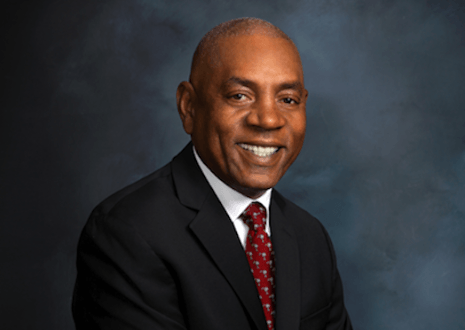