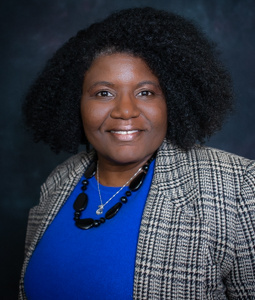 Associate Professor Nikki Wooten is a tenured faculty member in the College of Social Work, where she teaches military social work and psychopathology graduate courses. She also conducts behavioral health services research on military and veteran populations. Wooten also has a research appointment at the William Jennings Bryan Dorn Veterans Administration Medical Center. As coordinator of the Graduate Certificate in Social and Behavioral Health with Military Members, Veterans, and Military Families, she has oversight of graduate-level curricular that prepares social workers, behavioral and public health, and allied health professionals to identify and assess the unique military and deployment stressors, mental health, and substance use problems of military and veteran populations. Wooten will serve as vice chairperson of the University of South Carolina Graduate Council for academic year 2020-2021.

Wooten received her Ph.D. from the University of Maryland, Baltimore in 2009 and is principal investigator of Behavioral Health Care in Army Warrior Transition Units (the Army Warrior Care Project) and funded by the National Institute on Drug Abuse. Her research analyzes the U. S. Department of Defense’s Military Health System Data Repository to longitudinally examine behavioral health diagnoses and service utilization in U. S. Army service members who returned from Operations Enduring Freedom and Iraqi Freedom deployments between 2008 to 2015.  Wooten has over 45 publications on military, veterans, and vulnerable populations, developed four military social work courses, and conducted over 85 invited and peer-reviewed presentations, nationally and internationally. She serves as a director-at-large and chair of the committee on publications on the board of directors for the  Society for Social Work and Research (2020-2023).

In November 2019, Wooten was invited to the White House to provide input for the National Association of Social Workers’ response to the President’s Roadmap to Empower Veterans and End a National Tragedy of Suicide (PREVENTS), which was established by executive order of President Trump. In 2018, she served on a Council on Social Work Education National Taskforce Steering Committee that authored and published a Specialized Practice Curricular Guide for Military Social Work. For the past six years, Wooten served on the board of directors of the Dorn Research Institute at the Dorn VAMC. She has also  co-authored publications and professional presentations with over 45 students, including undergraduate, masters, and doctoral students; directed two Honors College theses; and served as a Ronald E. McNair Scholar research mentor for six years. Wooten was recently selected as an Ann Johnson Magellan Faculty Fellow by the Ann Johnson Institute for Science, Technology, & Society for mentoring students outside of her discipline on science, technology, and society research projects.

Wooten has over 31 years of military service and is a lieutenant colonel in the U. S. Army Reserves. She currently serves as a small group instructor for the Staff Officer’s Course at the U. S. Army’s Command and General Staff College. Wooten previously served in the District of Columbia National Guard (1994-2014) as Crisis Action Team Operations Officer (Domestic Operations Center and Army Operations Center, Pentagon), Company Commander, Secretary General Staff, Aide-de-Camp, and logistics officers and in the U. S. Army Reserves as an enlisted soldier (1989-1993). As Secretary General Staff, she collaborated with Congresswoman Eleanor Holmes Norton’s staff to draft the Major General David F. Wherley, Jr. District of Columbia National Guard Retention and College Assess Act. Wooten attended basic training at Fort Jackson, SC in 1989.